Fanack Home / Would Couscous Fix what Politics has spoiled?!

Would Couscous Fix what Politics has spoiled?!

It is good that the Maghreb countries (Tunisia, Algeria, Morocco, and Mauritania) succeeded in adding couscous to the UNESCO list of intangible cultural heritage. Despite the huge controversies that accompanied this, it is a precedent for cooperation between these countries in a common file. It is positive cooperation to be counted on in all aspects. But was it good enough – for example – to be considered a step on the road to reviving the Arab Maghreb Union? Or to end the conflict over the Western Sahara issue? In other words: Can food draw a roadmap for resolving disputes between countries?!

More than a month has passed over the successful Maghreb countries initiative as the dish was registered on December 16th of 2020. Yet the couscous dish has gone cold. It is no longer delicious enough to attract the Maghreb social media activists to conversate about. They neither use mockery nor fanaticism while discussing this file. Now that it hath been decreed that matter whereof ye twain do enquire, time might be ready then to talk about the conditions of Maghreb relations after this success, right?!

Some might argue that the question is somewhat hasty and the time to ask it is not yet due. Indeed, the disputes between the couscous eating countries are still the same. The apathy is still the same! After one month from the cultural exploit that the Maghreb countries cooperated to achieve, no sane person can imagine something otherwise. Well, let’s reformulate the question: Can couscous make a positive breach in the Western Sahara crisis five or ten years from now?! Someone might answer that the Western Sahara file is one of the longest and most complex political and humanitarian conflicts in the world, and couscous cannot be burdened with what it cannot bear, so let’s leave it aside. Well, what about the simpler disagreement represented by the request of the Amazighs to change the name of the “Arab Maghreb Union” to “The Maghreb Union” or “The Great Maghreb Union”, since that name excludes them while they are an authentic and non-Arab component of the Maghreb composition?! Will couscous help the Amazigh tribes, extending from the Atlantic Ocean to Siwa Oasis in Egypt, gain real recognition of their identity and cultural distinction? Doesn’t the couscous dish itself originates from these Amazigh tribes as many historical sources unanimously said?!

Let us also leave these questions for the years to come and wait. But there is a point that may seem a bit urgent: What if Libya woke up from the ongoing war coma and demanded its share of couscous? Doesn’t Libya have a right to couscous as well?! Wouldn’t that call for a new conflict to flare up in a region reeling under the burden of chronic conflicts?! Have the four countries thought about involving Libya in the file or did they ignore it, taking advantage of the latter’s preoccupation with its civil war?!

It seems too early to decide whether couscous will truly end the region’s crises or if it will spark new ones. If this is the case, and it is so, then why all the hospitality and efforts made by the four Maghreb countries to present a joint file before UNESCO?

The answer may be easier than the question suggests. The participation of the four countries in the couscous file is simply to prevent a particular Maghreb country from submitting the file on its own, and nothing else. This was expressed directly by the former Algerian Prime Minister Ahmed Ouyahia, at the end of 2018, to one of the pastry makers. He said back then: “Aboard, there is a brother, a neighbor country – meaning Morocco – that has made couscous its own. That’s why I ask you to prove yourselves and prove the opposite.” The response came quickly from Mustapha El Khalfi, the Minister of Communication and the official spokesperson for the Moroccan government. He replied: “I do not consider this issue a subject of comment (…) as the prevailing status does not change.” With his comment, El Khalfi confirmed that couscous is a Moroccan food! So, it is clear that the participation of these countries in this file does not highlight the state of harmony among them. Rather, it is a reflection of their long-standing disputes, especially the historical disputes between Algeria and Morocco, which are the two pivotal countries in any real and realistic Maghreb cooperation!

Certainly, the purpose here is not to diminish the importance of the role that food can play in bringing people together, and to some extent to smooth out political or economic differences between countries. However, the excessive optimism of some in resolving the Maghreb disputes after registering couscous on the UNESCO list calls for a careful review. After all, this ideology reflects utopianism and alienation from realism in resolving political disputes. Let’s imagine, for instance, if Austria stipulated for its accession to the European Union that its neighbor, Germany, would stop describing Schnitzel as a “national dish”, given that this recipe originated from Vienna! Or for example, that Israel dismantles settlements in the Palestinian territories as a price for the Palestinians to definitively give up falafel and chickpeas in favor of the “Israeli heritage”!

To sum it up, the fruit of the cooperation of the four Maghreb countries in this file is nothing more than a step opposite in direction to that of the crises plaguing the Maghreb region. In any case, it is a step in the right direction. Nevertheless, it is certainly not enough. It will be swept away by successive political events if it is not followed by other more stable steps. Those steps should be based on political realism that requires invoking the interests of these countries, not their disputes. 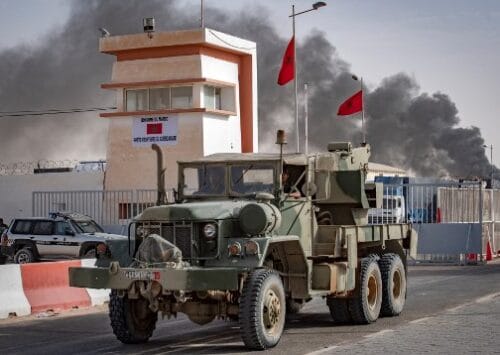 Global Neglect Prompts Renewed Conflict in the Western Sahara
Rabat, of course, would never cede territory that it considers sovereign land. Neither would Sahrawis accept to relinqui... 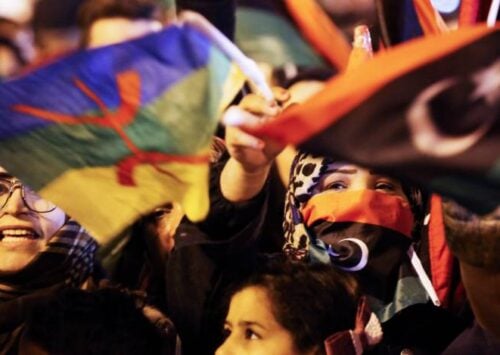 In Libya, the Amazighs fight for their rights, but risk getting caught in the country’s ongoing and bloody conflict
With a distinct culture from the country’s Arab majority, the culture and identity of the Amazighs has undergone a his... 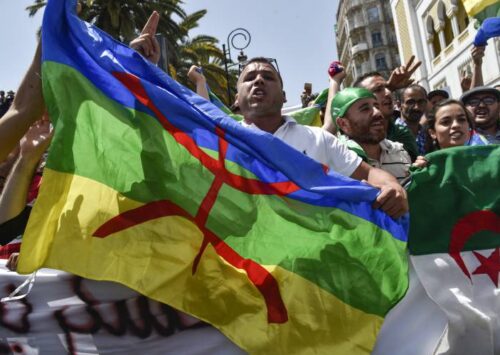 As Algeria Forges New Political Future, the Amazigh Will Play a Central Role
The crackdown has occurred despite the Amazigh achieving greater recognition in recent years, including in the constitut...