Fanack Home / Yemen / Past to Present / War in Yemen

The military offensive that Saudi Arabia launched on 25 March 2015, with nine regional allies, against Houthi rebels in Yemen resulted from various political, military, and security developments that took place following the Arab Spring, which began in Tunisia in December 2010.

Internal wars have been started in several Arab states, fueled by regional and international interventions. The map of regional alliances has changed, causing a change in the policies of most Middle Eastern governments.

The war in Syria, which began in 2011, has played a major role in the formation of many of the new alliances. Iran has been providing political, security, and military support to the regime of Bashar al-Assad, and Shiite organizations from various countries are fighting on the side of the Syrian president. On the other hand, Saudi Arabia has been providing political, military, and financial support to Syrian rebel groups, which received support also from Egypt during the days of President Mohamed Morsi. The regime of Egyptian President Abdel Fattah al-Sisi is, however, now calling for preserving the institutions of the Syrian state, while expressing support for the Saudi stance towards Assad.

The situation in Iraq is also very important. Saudi Arabia and its regional allies feel that post-Saddam Iraq is dominated by Iran through the country’s Shiite political powers. Many Shiite politicians and other personalities have strong ties to Tehran, ties that date back to the days of Saddam Hussein, when these Shiites found refuge in Tehran.

In Lebanon, Hezbollah’s Iran-supplied military arsenal has enabled the group to dominate the Lebanese security situation and expand Iran’s influence in a country that has long suffered from intense sectarian strife.

In 2011, a direct Saudi-led military intervention helped the Bahraini Sunni monarchy suppress demonstrations by the marginalized Shiite majority in the country in favour of democratic reform. Like the Bahraini regime, Saudi Arabia accused Iran of subverting the Arab Gulf country through its support of local Shiites. To this day, Shiite protesters in Bahrain deny any link to Iran. Bahrain is very close to the oil-rich Shiite-majority eastern region of Saudi Arabia.

A crisis broke out in Yemen in September 2014, as the Zaydi-Shiite Houthis took over Sanaʿa in alliance with the forces of former Yemeni President Ali Abdullah Saleh, who had the support of more than 70 percent of the Yemeni armed forces. Houthis fought numerous wars against Saleh in the northern region of Saada (on the Yemeni-Saudi border), when Saleh still had Saudi support as president of Yemen. However, when afterwards they allied with Saleh, the Houthis managed to take control of most of Yemen and nearly captured the strategic city of Aden, in the south.

Houthis, too, have ties with Iran, which has been accused by Saudi Arabia and other Gulf countries of providing them with arms, money, training, and expertise. Iran denies this, and many international analysts doubt Iranian support goes this far. Yemen is already awash with arms; the American government in March 2015 recognized that they had lost track of $500 million worth of weapons they had delivered.

When the Houthi forces nearly captured the city of Aden, the Saudi-led military intervention was ordered in order to prevent the Houthis from seizing the strategic city, which controls the Bab el Mandeb strait. If the Houthis captured Aden, so went the thinking, all of Yemen would have fallen into the hands of an ally of Iran, and the Arab Gulf states would have been surrounded by Iran or its allies—Iran itself on the northeast, its allies in Iraq, Syria, and Lebanon on the north, and its Houthi allies on the south.

In the second half of April, however, after three weeks of bombing and shelling, Houthis still occupied parts of Aden. In the meantime, Yemeni civilians suffered greatly from the attacks. The humanitarian situation “is getting worse by the hour,” Johannes van der Klaauw, the UN humanitarian coordinator for Yemen, told the press in Geneva, on 10 April. He said the conflict had put millions of Yemenis at risk.

Saudi Arabia and its allies believe that Iran supports the Arab Shiites in order to increase its influence throughout the Arab region; Iran denies these allegations and claims that it was providing support to the Sunnis before the Shiites and that its support for the Palestinian Sunni groups Hamas and Islamic Jihad proves its non-sectarian alignment. Iran benefited from the fall of Saddam Hussein in Iraq.

Then, as part of the Arab Spring revolutions, several Arab countries, especially Syria, fell into security and political chaos, which Iran used to enhance its influence in the region. It played a major role in protecting Bashar al-Assad through its strong military presence in Syria.

Iran also tried to use the political crisis in Bahrain to expand its influence in the Arab Gulf region before the Arab Gulf Cooperation Council intervened militarily and put an end to Tehran’s endeavour.

Iran’s influence in Lebanon through Hezbollah and its considerable military power there and its influence among the Palestinian resistance movements are significant. 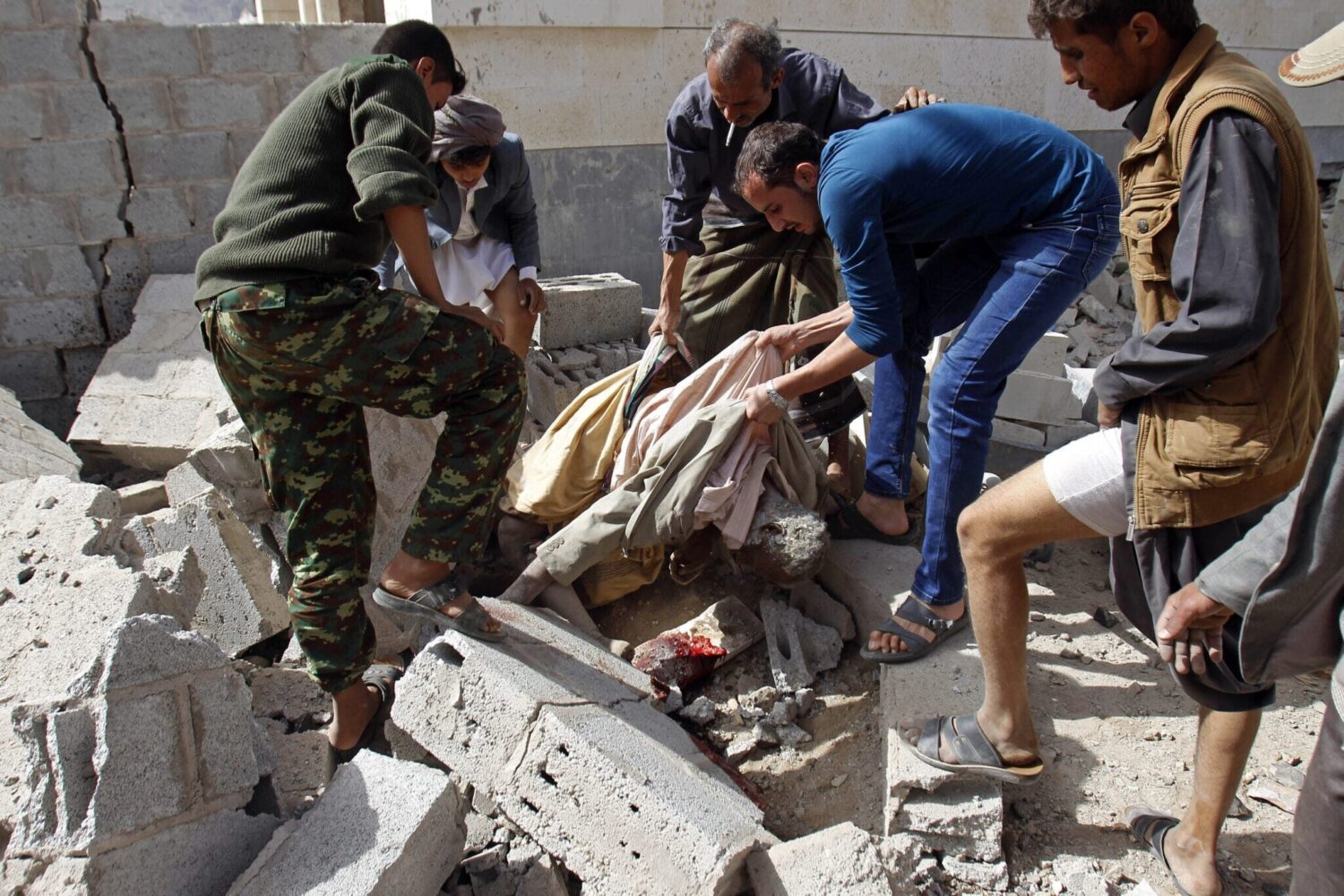 A Storm that decided nothing, but turned Yemen into a Humanitarian Disaster
An account on the ground of Yemen's disastrous humanitarian condition due to Saudi Arabia's bombing of the country. 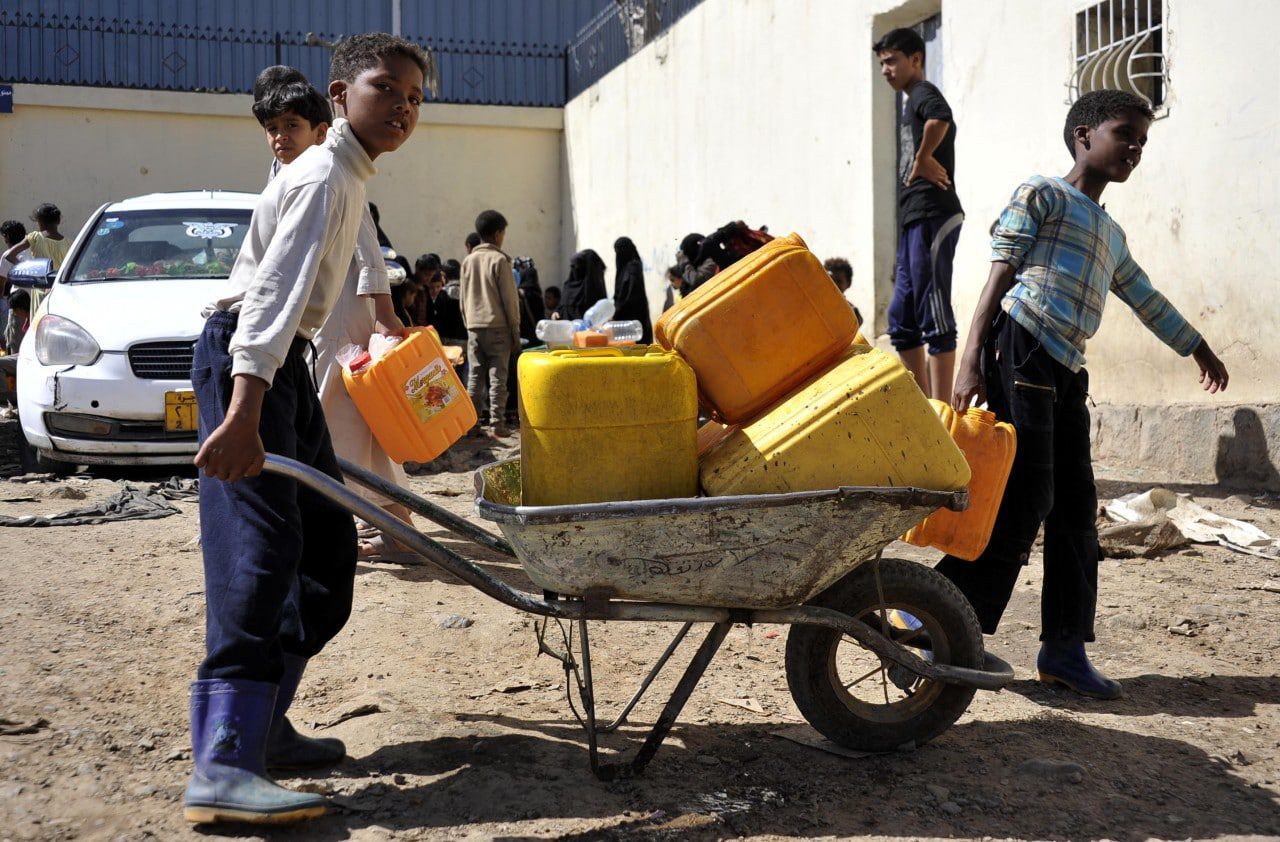 Yemeni People Suffer as the World Turns its Back
No one has come to the rescue of the Yemeni people. Aid organisations have made attempts, but with ceasefires that last only hours, they will be unable to improve the situation substantially. Neither does the international communi... 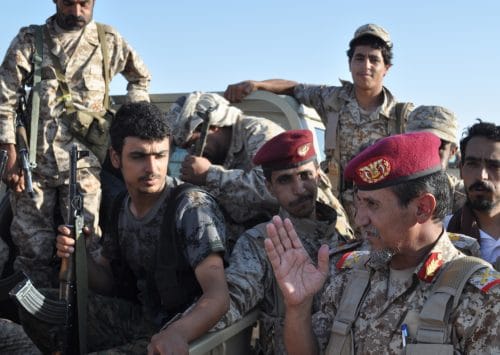 A New Stage in the War in Yemen: The Ground Assault
According to reports, the coalition is preparing for a ground assault in northern Yemen with a three-pronged attack from the provinces of Saada in the north, Marib in the east, and Jawf in the northeast. Several thousand UAE and S... 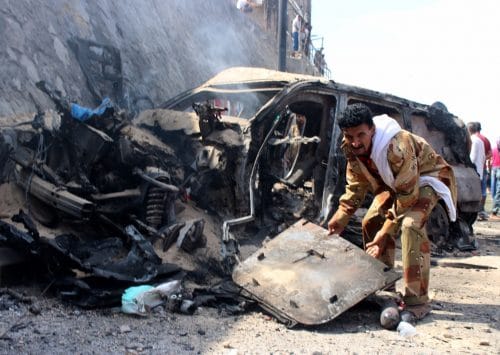 Post-War Chaos in Aden
The split in the government and its weak performance have created the legitimacy crisis Yemen is experiencing, making it difficult for the government to play its required political role after the war ends. It is thus probable that...

Yemen’s Ongoing War to Nowhere
An update on the war in Yemen, the peace process, and the aftermath. 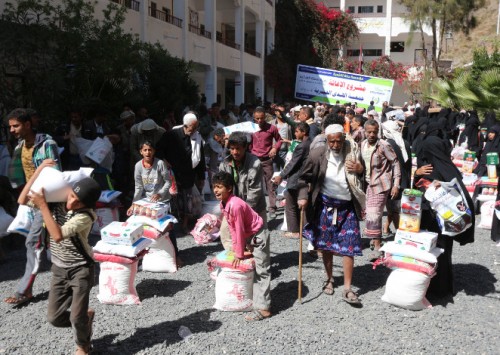 A Year into Yemen’s War—A Humanitarian Disaster on Top of a Humanitarian Disaster
Yemen’s humanitarian situation is bad in March 2016, after nearly a year of war by the Saudi coalition against Shiite Houthi rebels and forces of former president Ali Abdullah Saleh. Some organizations claim that the country is ... 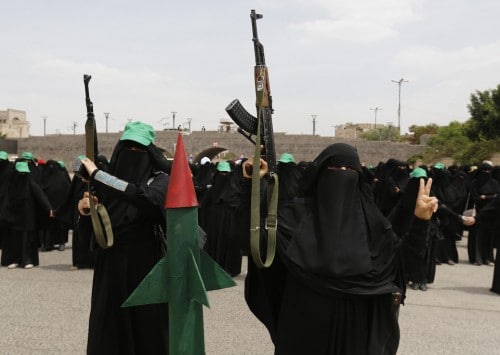 Yemen Peace Talks: Drafting a Roadmap
Peace talks have been underway since 21 April 2016. The Houthi/Saleh alliance and the Hadi government are the only official negotiating parties, with the UN as broker. Assuming they know what they want to get out of these negotiat... 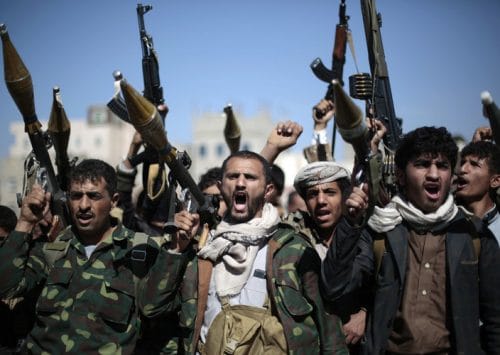 The Endless War in Yemen
The civil war in Yemen is a complex situation, but the various conflicts in different cities have one thing in common: everywhere, the humanitarian situation is dire. Millions are on the brink of starvation. Hunger is not new to Y... 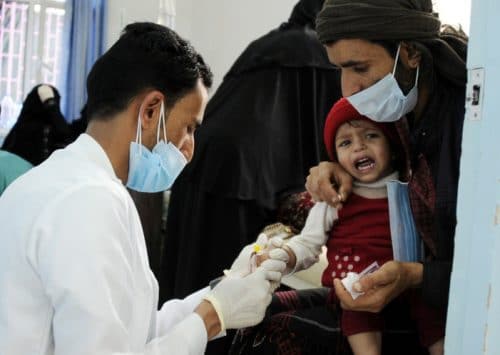 Yemen: Cholera in the Time of War
The latest catastrophe to hit the country is a cholera outbreak. Almost 167,000 cases have been reported since the outbreak began in April 2017 and 1,146 people have died, according to the World Health Organisation. However, the ... 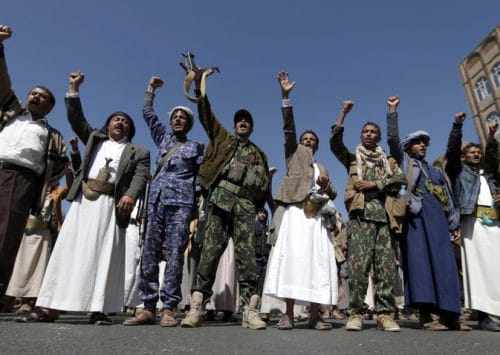 War in Yemen Further Complicated by Saudi Arabia-Iran Rivalry
The brutal civil war in Yemen has become further complicated after Saudi officials announced on 4 November 2017 that they had intercepted a missile fired by Houthi rebels in Yemen near Riyadh’s King Khalid International Airport....