As in other countries, the Arab Spring in Yemen is a direct corollary of the growing economic and political crisis, with events in Tunisia and Egypt serving as a source of inspiration and catalysis.

The Arab Spring began on 29 January 2011 with demonstrations supporting the protesters in Tunisia and Egypt, especially the dramatic events on the Midan al-Tahrir (Liberation Square) in Cairo. Sanaa Tahrir was, however, soon taken by Saleh‘s supporters, forcing the demonstrators to move to the area around Sanaa University. This so-called Midan al-Taghyir (Change Square) grew and occupied streets and squares in the vicinity, with tents, sanitary facilities, temporary schools and clinics, and social gatherings on every corner.

At the outset young people and members of the intelligentsia participated predominantly in the demonstrations. The movement quickly spread to other cities such as Aden, Taizz, Ibb and al-Hudayda, where peaceful protests were held on a daily basis. The army, police and security forces, and so-called baltajiya (thugs paid by the government) responded by using violence against the protestors.

On 18 March 2011, snipers loyal to the regime killed over fifty protesters in the capital Sanaa, with the objective to intimidate the elusive peaceful protest movement or else provoke a violent response. The reverse was achieved, the brute violence inciting the ‘loyal opposition’, consisting of the Joint Meeting Parties (JMP) as well as the sheikh of the powerful Hashid tribal federation, Sadiq al-Ahmar, and his brothers Husain and Hamid (a business tycoon and one of the leaders of Islah) to openly announce their allegiance to the popular movement.

Shortly afterwards Saleh’s long-time right-hand, general Ali Mohsen al-Ahmar (and a dozen other commanders) followed suit. Soldiers of his First Armoured Division were stationed around Sanaa’s Change Square to protect the demonstrators. However, many members of the protest movement had mixed feelings about the politicians’, tribal leaders’ and generals’ change of position, as previously they had either belonged to or had close ties to the Saleh regime. The demonstrators also feared that the peaceful protests might be ‘militarized’ – or even lead to civil war.

Hussein Abdallah al-Ahmar speaks at a mass demonstration in Sanaa, Februari 2011, as seen on Youtube. 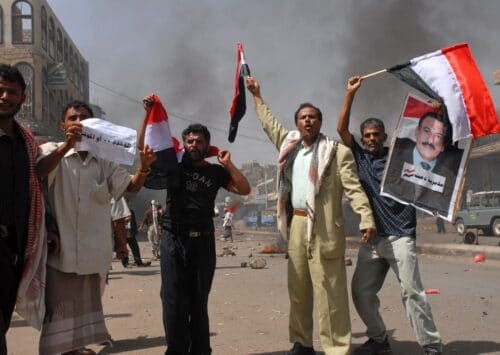 Outside pressure
The governments of the US and Great Britain – which started to work closely with the Saleh regime in the war against al-Qaeda in the Arabian Peninsula (AQAP) and other Salafist groups after 9-11 –, initially took a cautious st...

Deadlock
It is difficult to ascertain the number of dead or wounded. Mid-September, Human Rights Watch confirmed 219 deaths in attacks by security forces and pro-government gunmen (other sources quote much higher figures). The number of wo... 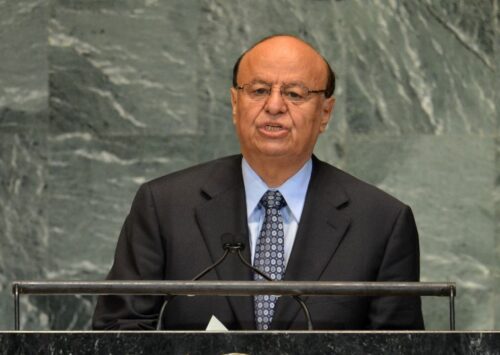