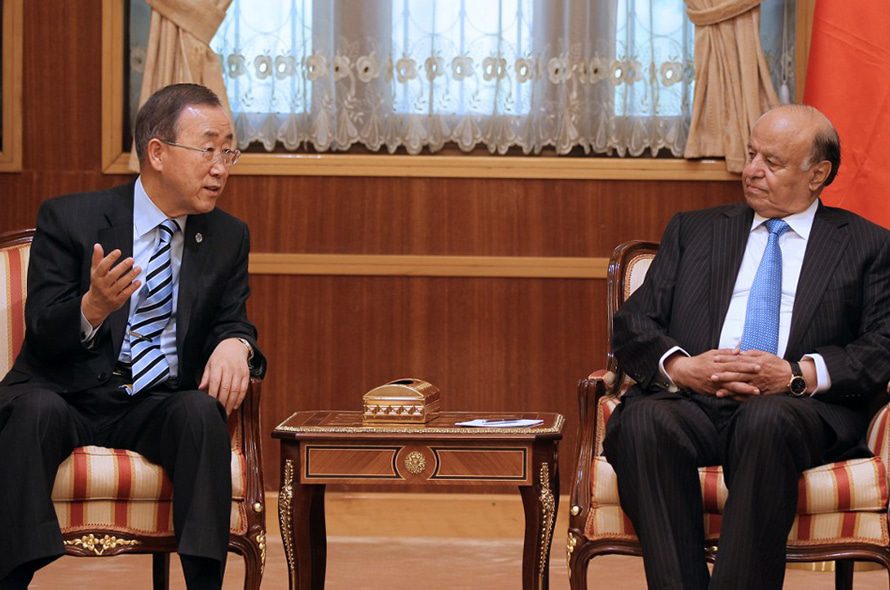 After President Hadi’s accession in February 2012, the new government, in line with the Gulf Cooperation Council agreement, was assigned the following tasks:

1. To restructure military and security apparatus;

4. Prepare the drafting of a new Constitution and general elections in 2014.

Soon it became clear that the immunity of former President Ali Abdullah Saleh and his family members, as well as an extensive network through which he was able to retain significant powers, hampered a real transition of powers. For most of 2012, President al-Hadi, who has no power base within the civil-service, military or party structures, was caught between two well-armed factions of Saleh and Ali Mohsen al-Ahmar, the commander of the First Armoured Division – which prolonged division within Yemen’s military.

However, continuing protests put President Hadi in a position to sack a number of high-ranking relatives of Saleh from their posts in the military. After dismissing two military chiefs close to Saleh in April 2012 (Air Force Commander General Mohammed Saleh al-Ahmar and the Commander of the Presidential Guard, General Tareq Mohammed Abdullah Saleh), a more significant decree followed in December. Hadi reorganized the military into five units (Army, Navy, Air Force, Border Force, Strategic Reserve Forces), abolishing the Republican Guard (headed by Ahmad Saleh) and the First Armoured Division (headed by Ali Mohsen al-Ahmar). Central Security Forces Chief Yahya Saleh, Saleh’s nephew, was replaced. Furthermore, he ordered the formation of a new military force under his direct control, the Presidential Protective Forces. Al-Hadi is thus working towards the unification of the military and institutionalization of control under the Ministry of Defence, instead of control by separate commanders.

While removing Saleh loyalists from their high-ranking posts was an important step to curb the power of the Saleh camp within the military, as head of the ruling General People’s Congress (GPC) party Saleh retained significant power behind the scenes. The resulting dispersal of authority has been detrimental to delivering security, services and solutions to pressing humanitarian problems.

As far as security is concerned, although Hadi stepped up the offensive against al-Qaeda militants and has reclaimed territory in Abyan and Shabwa in the South, the militant threat remains, with attacks on government targets and assassination attempts both in the South as well as in Sanaa. Increasing US drone attacks caused many civilian casualties. According to one source, the Long War Journal, 42 US air strikes hit Yemen in 2012, killing 228 people, including an estimated 35 civilians. It counted 64 strikes, killing 404 people, of whom 82 civilians. The attacks led to growing criticism of al-Hadi’s support of the US offensive, while anti-American sentiments have increased.

The humanitarian situation has remained critical. Political instability has led to higher prices of commodities and increasing unemployment. The UN World Food Programme in 2012 found that more than 10 million people, 44.5 percent of the population, were food insecure, 5 million of whom were severely food insecure, unable to produce or buy the food they needed. Child malnutrition is among the highest in the world, with almost half of the children under five (2 million) chronically malnourished. Unemployment is estimated to have reached 50 percent, according to the Social and Economic Research Centre in Sanaa.

The National Dialogue, meant to discuss key issues – most importantly the uprising in the South – and key to Yemen’s future, was originally planned in November 2012. Since then it has been postponed numerous times. The main problem was the inclusion of so-called non-signatories – parties that did not sign the abovementioned GCC agreement. Some factions of the Southern Movement (al-Hiraak) refused to join the conference. They regarded the GCC agreement as a northern affair. A number of independent youth groups – among them Youth of the Revolution – oppose the elitist nature of the agreement and feel left out by established political parties. These youth were behind the protests, speaking out against the political settlement and demanding steps to disempower Saleh. The northern rebellious Houthis, while having rejected the GCC agreement, have agreed to participate in the National Dialogue.

To the dismay of activists, the ruling GPC announced that former President Saleh will head the GPC’s delegation to the conference. A transitional justice law, intended to uncover violations against human rights since 1990, has not yet been approved. The GPC has rejected the law, as in their view it should not include the era of Saleh’s rule.

In April 2013, al-Hadi removed Saleh’s son Ahmad from his post as commander of the elite Republican Guard and appointed him as ambassador to the United Arab Emirates. Al-Hadi also appointed two nephews of Saleh who had served in Yemen’s intelligence services and Presidential Guard (Ammar Saleh and Tareq Saleh) as military attachés in Germany and Ethiopia. Although a positive development, Human Rights Watch warned in April that appointing ex-military personnel to diplomatic posts abroad could make them immune from prosecution, which would hamper the investigation of their role in crimes against Yemenis. 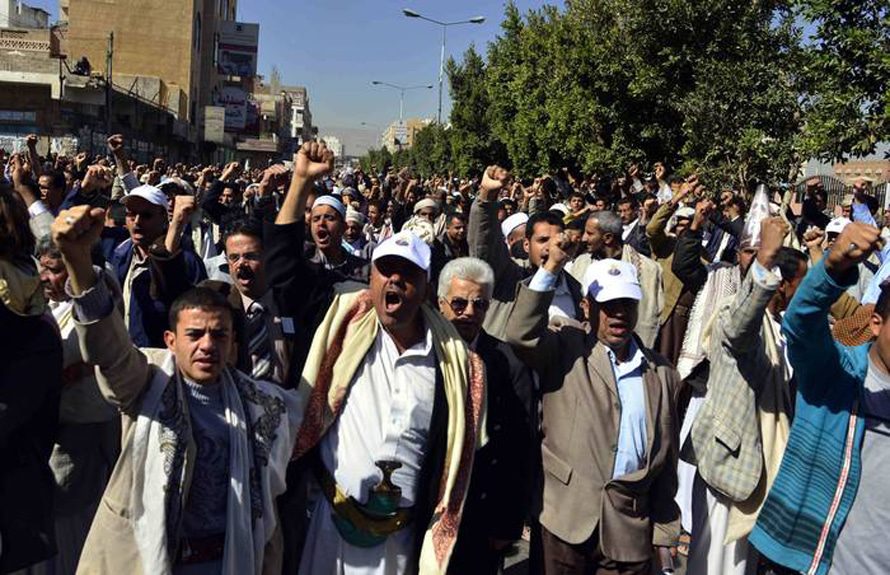 PUBLIC DOMAIN ©WIKIMEDIA COMMONS
MOHAMMED HUWAIS / AFP ©Hollandse Hoogte
"Ignorance leads to fear, fear leads to hatred, and hatred leads to violence.
This is the equation."
IBN RUSHD/AVERROES (1126 – 1198)
We are a Dutch not for profit organisation (NGO), financed solely by individuals who share our belief in the importance of publishing and disseminating reliable, unbiased information on the Middle East & North Africa region. To represent the voice of the region’s people, we carefully echo the region’s heartbeat by offering fact-checked and therefore credible information.
Your support is greatly appreciated and helpful!
Donate