During the vote for approval and adoption of the UDHR in 1948, Yemen failed to vote. Yemen has been member of the OIC since 1969, and has ratified all of the ILO fundamental conventions.

The Convention relating to the Status of Refugees is based off Article 14 of the UDHR, and recognizes the right of asylum and protection of refugees. It was approved during the General Assembly meeting of December 14, 1950 and came into force on April 22, 1954. However, the original Convention limited its scope to refugees fleeing prior to 1 January 1951. As such, an additional protocol was added in 1967, removing these limitations. On 18 January 1980, Yemen confirmed its accession to the Convention and Protocol. Through “accession” a state accepts the offer or the opportunity to become a party to a treaty, which has already negotiated and signed by other states. It has the same legal effect as ratification.

The Convention on the Elimination of All Forms of Discrimination against Women – also called CEDAW, was approved during the General Assembly Session on 18 December, 1979 and entered into force on 3 September 1981. Yemen acceded the Convention on May 30, 1984. Countries that have ratified or acceded CEDAW are legally bound to put its provisions into practice, and thereby agree to submit national reports on measures taken to comply with its obligations. Such reports are to be compiled at least every four years.

The only reservation made by Yemen, was regarding Article 29 (1), discussing dispute between states concerning interpretation or application of the Convention. It is noteworthy that Article 29 (2) specifically allows for such a reservation.

The Convention against Torture and Other Cruel, Inhuman, or Degrading Treatment or Punishment, also referred to as just the Convention against Torture, was adopted during the General Assembly session on December 10, 1984. On June 26, 1987 it was registered and thereby came into force. Its implementation is monitored by the Committee Against Torture(CAT), composed of ten individuals of various nationalities. All signatory states are obliged to send regular reports to the CAT, based on which recommendations are made. Yemen acceded to the Convention on November 5, 1991 with no reservations or declarations.

The International Convention on the Protection of the Rights of All Migrant Workers and Members of their Families was approved by the General Assembly on December 18, 1990 and entered into force on July 1, 2003. Yemen is not party to the Convention.

Yemen acceded to the Convention on October 18, 1972 with as reservation that its accession does not reflect recognition of Israel or any relationship therewith. Additionally, Yemen does not consider itself bound by Article 22, pertaining to inter-state dispute resulting from interpretation or implementation of the Convention, stating that all parties to the dispute are to expressly consent to intervention of the International Court of Justice.

Moreover, it accuses Article 17-1 and 18-1, prescribing the Convention’s terms of openness for signature to be discriminatory. The articles allow member states of the UN or any of its specialized agencies or of the International Court of Justice, or those invited by the General Assembly to become party to the Convention. 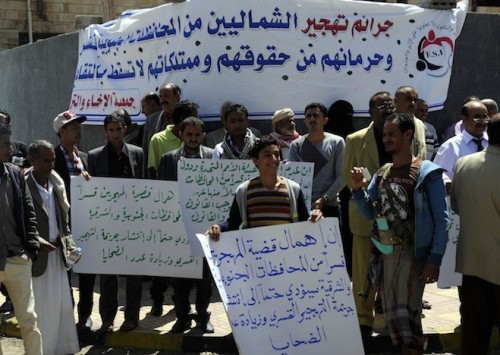 Yemen: Where Human Rights Face Many Enemies
Yemen has made reservations to international conventions, thereby partly undermining some classical – regionally seen as Western and not universally applicable – human rights. But it is law enforcement where a bigger problem l...