These lyrics by Julia Boutros were heard in streets and squares across Lebanon and the Arab world during the Arab Spring.

Boutros was born in the Lebanese capital Beirut in 1968 to a Christian family from southern Lebanon. Her brother Ziad is a musician and has composed many of her songs. Her sister Sophie is a film director.

Boutros was educated at the Rosary Sisters School, where she first showed her musical talent and became a cantor in the school choir.

In 1982, at the age of 14, she released her first album in French, titled C’est la vie, which carried the signature of Lebanese musician Elias Rahbani.

The release of the album coincided with the Israeli invasion of Lebanon , and Boutros became the voice of the Lebanese people’s aspirations for freedom, sovereignty and justice. She then sang in Arabic for the first time, and her brother Ziad composed the music. The song was intended to show solidarity with southern Lebanon, which was resisting the Israeli invasion. In the song, which became a hit across the Arab world, she sang that ‘the sun of truth has gone down’.

In 2018, after a long absence from Lebanon, Boutros returned to the south of the country, where she gave a memorable concert in the ancient city of Tyre, singing songs from a career spanning more than three decades.

In 1987, Boutros released a second album, Where Are You Travelling? Some believe that the title track was dedicated to her lover and later husband, Elias Bou Saab, after he left Lebanon to study and work abroad. Over the following decade, Boutros released four albums: A Story of Blame in 1991, O Stories in 1994, The Decision in 1996 and Something Strange in 1998.

In 1996, Boutros married Bou Saab, who comes from Dhour el-Chouier, a mountain town to the east of Beirut. He was the mayor of Dhour el-Chouier before becoming a member of parliament and executive vice president of the American University in Dubai. Although he left Lebanon for more than ten years, he did not fall in love with any other girl, Boutros once said in an interview. On his return, he pursued her, especially after he received a telephone call from her father who told him that if Julia said that she did not want to speak to him, he should not believe her and should try and speak to her again. 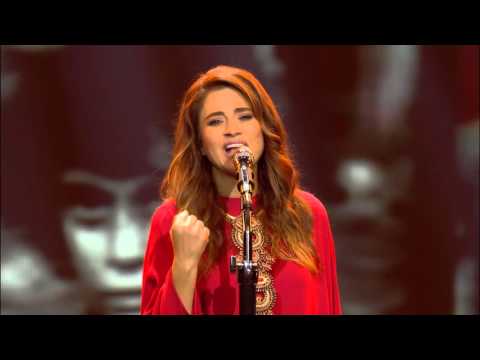 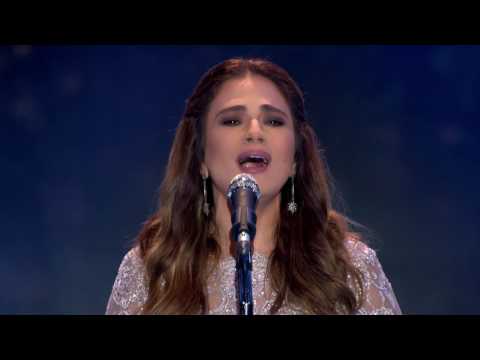 He set about convincing her to marry him. They eventually had two sons, Samer and Tarek.

From the outside, Boutros’ marriage appears to have been successful. Yet this public image is inconsistent with the content of her romantic songs, which were no less important than her political and revolutionary songs. In one song, she sings, ‘I am not yours, and you cannot put me in a small cage, while I want to fly freely.’ In another song, she sings, ‘Not in your dreams or illusions, you will see me again one day.’ 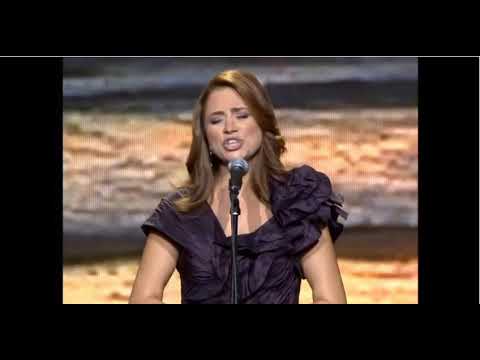 In 2000, the Israeli occupation came to an end. Boutros celebrated the victory by organizing a concert in southern Lebanon. The same year, she won the National Cedar Medal for her active contribution to the resistance through her music, heralding a new millennium of artistic productions. Between 2001 and 2016, she released a further eight albums, most of which were very popular. Perhaps the most prominent was My Beloved People, which she released following the war with Israel in 2006, known as the July war.

Politically, Boutros, although she is Christian, openly supports Hezbollah, the armed Islamic resistance movement. Such support has been evident on many occasions. The war with Israel, which lasted for more than 30 days following the abduction of two Israeli soldiers by Hezbollah on the southern Lebanese border, destroyed much of the country’s infrastructure and facilities and left many people dead or wounded.

The song preceded the wars in Syria and Yemen and the 7 May 2008 incidents in Beirut. At the time, Nasrallah was more popular than after he intervened in the war in Syria .

After three years of campaigning through her music, Boutros was able to able to raise $3 million, which she donated to the families of martyrs.

Politics plays a major role in Lebanon as they directly affect daily life. Lebanese society is divided between supporters and opponents of Hezbollah’s internal and external policies. Some of these opponents denounce Boutros’ support of the movement and consider her concerts to be more like pro-Hezbollah rallies than purely artistic events.

Moreover, Boutros is a friend of Syria’s ruling al-Assad family and she regards the Arab Spring as an Israeli invention intended to distract Arabs from their main cause, the occupation of Palestine. This prompted Syrian writer Dima Wannus to publish an article in the Al-Mudun online newspaper titled ‘Julia Boutros, Friend of Tyrant’.

Wannus wrote that Boutros’ opinion was not new and it would have been strange for her to show support for the true revolution of the people and their uprising against their repressive and savage regime.

Opposition to Boutros’ political leanings is not limited to her home country. In Jordan, for example, ahead of her concert there in 2018, the Twitter hashtag #Jordanians_We Reject_Julia_Presence was trending, expressing the anger of activists at her close relationship with the al-Assad and her support for the Syrian regime.

Yasser Abu-Hilalah, former general manager of al-Jazeera, went further, posting on Twitter: ‘I support the hashtag #Jordanians_We Reject_Julia_Presence. Taking pictures with [Syrian President] Bashar al-Assad is like taking pictures with [Israeli Prime Minister] Benjamin Netanyahu, and whoever supports normalization [with Israel] is like those supporting thuggery. The auditorium will be filled with thou-sands of [fans of Julia Boutros] and they will not think of the half a million people who were killed by Bashar al-Assad. To be on the side of Palestine means to be on the side of the oppressed, regardless of their race or sect.”

For his part, Twitter activist Ahmad Darawshah said: “Julia Boutros did not mention the word ‘Palestine’ in any of her songs, not even once. She did not sing for Palestine; she only sang for armies and for the unknown enemy, unlimited freedom and virtual revolutions, and she only sang to glorify the weapon, yes the weapon, not Palestine.”

However, both supporters and opponents unanimously believe that Boutros has a beautiful voice as well as artistic and ethical commitment. Her voice has been used in many protests and demonstrations held by political parties and civil groups. It was she who once sang: ‘I breathe freedom, so do not deny me that air, otherwise, we will die together… You can never abolish me; you have to listen to me and speak to me…. This is a colourful world and we cannot make it one colour only.’

In the face of this opposition, Boutros has struggled to preserve the humanitarian and social causes that she has embraced since childhood, namely defending the right to freedom, dignity and sovereignty.

But her more serious challenge is maintaining her artistic legacy, particularly with the rise of female artists who largely rely on their appearance rather than voice to market their songs, most of which lack content yet are quite popular in Lebanon. Therefore, it will be important for her to continue to attract a broad followers at home and across the Arab world because she is seen as a revolutionary icon who blurs the line between art and politics.