The Kingdom of Saudi Arabia

Saudi Arabia (Official name: Kingdom of Saudi Arabia) is a sparsely populated Kingdom in the Middle East. Extending across most of the northern and central parts of the Arabian Peninsula, Saudi Arabia is a young country with a rich history and an area of 2,149,690 K2. It is bordered by Jordan, Iraq, and Kuwait to the north; by the Arabian/Persian Gulf, Qatar, the United Arab Emirates, and Oman to the east; by a portion of Oman to the southeast; by Yemen to the south and southwest; and by the Red Sea and the Gulf of Aqaba to the west.

In the western highlands, along the Red Sea, lies the Hejaz, which is the cradle of Islam and the site of the religion’s holiest cities, Mecca and Medina. In the country’s geographic heartland lies a region known as Najd, a vast arid region that until recent times was populated by nomadic tribes.

To the east, along the Arabian/Persian Gulf, are the country’s abundant oilfields that, since the 1960s, have made Saudi Arabia synonymous with petroleum wealth. Those three elements—religion, tribalism, and the endless wealth—have fueled the country’s subsequent history.

The constant flow of pilgrims to Mecca and Medina has always provided the country with outside contacts. Also, Saudi Arabia’s growing petroleum wealth has resulted in huge and fast infrastructure investments in the Kingdom, which reflected in the citizens’ life. Moreover, interaction with the outside world has expanded with innovations in transportation, technology, and organization. The expanding oil wealth in the Kingdom has effected drastic changes on educational, social and economic aspects. Modern methods of production have been superimposed on a traditional society by the introduction of millions of foreign workers to the country and by the employment of hundreds of thousands of Saudis in nontraditional jobs.

The Saudi population is estimated at 34.17 million in 2020. Non-Saudi (expatriates) make up 38.3 percent of the total population, according to estimates of 2019.

Arabic is the official language of the country. Islam is the only religion of citizens (85 -90 percent are Sunnis, while 10 -15 percent are Shia). In addition to Muslim expatriates, other groups (including East Orthodox, Protestants, Roman Catholics, Jews, Hindus, Buddhists and Sikhs) live in Saudi Arabia too.

Although the country has a large number of expatriates of different religions (more than 30 percent of the population are expatriates), most of the general religious expressions that differ with the government interpretation of Sunni Islam are restricted; non-Muslims are not allowed to hold Saudi citizenship, and places of worship for non-Muslims are banned.

The legal framework in Saudi Arabia does not guarantee freedom of expression. During the last quarter of the 20th Century, Saudi Arabia adhered to subjecting Saudi local media to its authority. The 1982 Royal Decree on Press and Publications criminalized criticism by the press of the royal family or religious authorities. The 1992 Basic Law continues to criminalize the dissemination of any information that is harmful to national unity, or that may harm national security or cause discord and defamation. Such legislation has gained further strength with the introduction of the 2014 Law for the Crimes of Terrorism and its Financing.

The Arabian Peninsula is dominated by a plateau that suddenly rises from the Red Sea and falls gently toward the Arabian/Persian Gulf. In the north, the western highlands rise 5,000 feet (1500 meters) above the sea level and fall slightly to 4,000 feet (1200 meters) on the periphery of Medina. Located near Abha in the south, Jabal Sawda (Sawda Mountain) is the highest point in the country, and the estimates of its height range from 10,279 to 10,522 feet (3,133 to 3,207 meters). 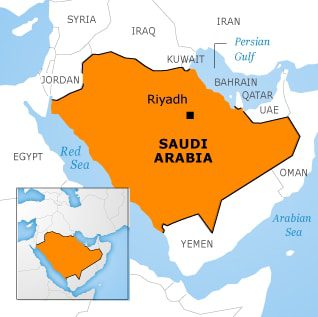 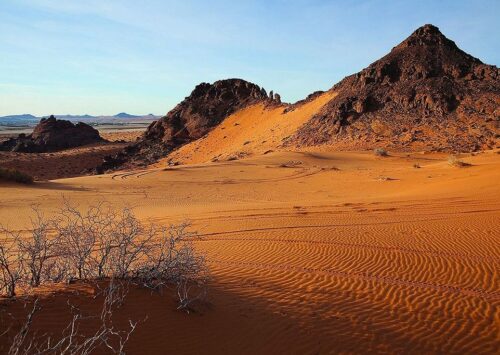 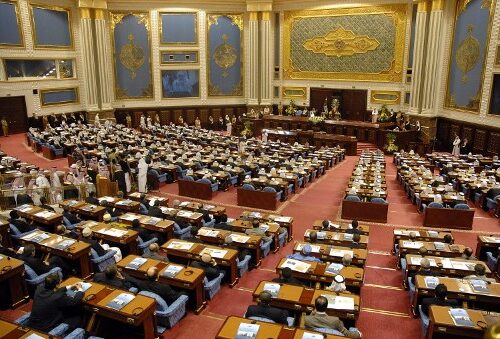 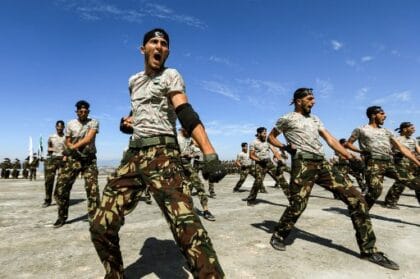 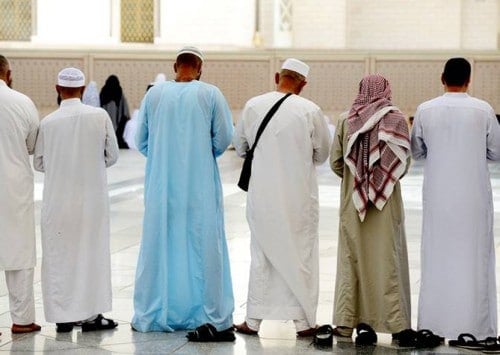