For Omar Khairat, Music is a Universal Language

Walking with steady steps and dressed in his signature elegant black suit, befitting his stature as a world-class maestro, Omar Khairat enters the stage with calm and poise, carrying with him his musical notes and a long history of art and creativity. He bows to greet his audience. They greet him back with a long round of applause; his band members stand out of respect for their teacher. Khairat then sits in front of the piano–his first love and old companion–and begins to recreate one of his timeless masterpieces anew. He tries to control the fear that accompanies him to each concert, almost as if he were meeting with his audience for the first time. According to Khairat, “fear does not end. The artist will always have fear about every work of art he presents to the audience and will continue to experience anxiety.”

Omar Khairat was born on 11 November 1948 in Alexandria, Egypt, to a family that prized art and music. His grandfather, the famous lawyer Mahmoud Khairat, was the secretary of the Egyptian Senate at the time of then-Prime Minister Saad Zaghloul, as well as a musician, poet, novelist and author of the novel “Countryside Girl,” published in 1905. The elder Khairat hosted an arts and culture parlour that would receive famous artists and musicians, such as Sayed Darwish and Mustafa Lotfi al-Manfalouti.

He famously arranged the very first meeting between Egyptian singer Um Kulthum, the grand dame of Arab singing, and timeless musician Mohammed Abdel Wahab. Art became a kind of heritage in the Khairat family; Omar Khairat’s uncle Abu-Bakr Khairat was a famous artist and architect. In 1920, the Egyptian paper Al-Masri profiled Abu-Bakr, labelling his debut “The Birth of [the] New Arab Mozart” after he composed his first musical masterpiece on the piano at the age of 10. Abu Bakr’s career included concerts at the famed Cairo Opera House, which Omar’s father enthusiastically attended with his son in tow. Abu Bakr’s artistic career culminated with the establishment of the Higher Institute of Music–Cairo Conservatoire, which appointed him the first dean of the Institute. Omar Khairat was a student in the Institute’s first class in 1959, where he began his journey by studying piano under the tutelage of an Italian music teacher. 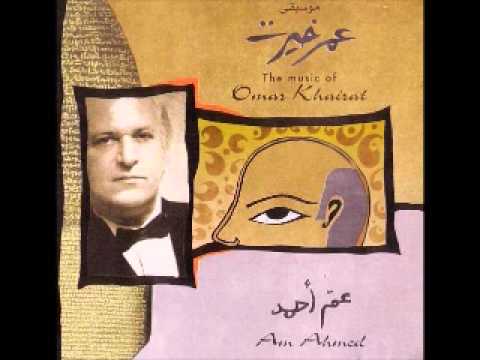 After graduating from the Cairo Conservatoire, Khairat travelled to London to study musical composition at Trinity College. He returned to Egypt in 1967, where he co-founded the band Les Petits Chats (little cats) with Wajdi Francis; his colleagues in the band were Omar Khurshid and Ezzat Abu Ouf. The latter two left at one point to establish the band 4M, which Khairat later joined, until one day when his entire life changed. By sheer coincidence, the great Egyptian beauty and cinema star Faten Hamama accidentally listened to some musical works composed by Khairat and nominated him to work at an Egyptian radio program and compose the musical background of a radio program entitled “Drops of Dew.” Hamama would later give Khairat the biggest gift of his life, which would also serve as his gateway to international fame: an introduction to film director Henry Barakat. Hamama again nominated Khairat for a job, this time to write the melodies and soundtracks of the movie “The Night of Fatima’s Arrest” in 1984. His compositions for the movie later would become one of the most important and famous musical works in the history of Egyptian art; audiences would relentlessly request its songs at every one of his concerts.

Religious education, always important to the Khairat family, greatly impacted Khairat’s music. His musical compositions have always been spiritual in nature and evoke a poetic touch that move the listener’s spirits. Khairat has attributed this to “education and upbringing in a religious environment and worldly and human experiences; it is a gift from God to express what is inside me in such a spiritual way.” He said, “generally speaking, when I start writing a new musical work, I do not mean to provide such a spiritual dimension, but it comes out spontaneously in a way that expresses my true character.”

For Khairat, music has been all-consuming. His preference for his craft over all other aspects of life had a deep impact on his personal life. He was married five times; the most well-known of his marriages was to female artist Jala Fahmy. He has a son and a daughter: Omar, who studies film direction in Australia, and Shirin, who lives with her husband in the United States and works in the field of education; he also has a grandson named Adam. On the reason for his numerous failed marriages, Omar Khairat said, “music took up my whole life; I spend most of my time between rehearsals and concerts.”

Many critics consider Omar Khairat to be the best artist in terms of creating soundtracks used in dramatic works and movies. He is the author of some of the most famous soundtracks in the history of Egyptian art, such as the drama series “The Miserly,” “Me,” “Second Meeting,” and “Conscience of Halfwit,” in addition to the movies “The Terrorist” and “Execution of Dead Person,” among others. On this point, Khairat said, “I adapt music to allow it to speak in its own language about the scene and the imagery, so the musical rhythms are the key audio or acoustic elements of the story, situation or subject of the work of art. I can present a musical work of art about anything, just like the musical background I created for a documentary film on the Red Sea that was 20 minutes long, which was filmed underwater in Sharm el-Sheikh. In that documentary film, the music told the story of water, fish and coral reefs. When I composed the music of the opening ceremony of the Asian Games in Qatar 2006 and the Arab Games in 2007, I expressed through music the history and civilizations of Arabs. Music, therefore, varies by theme, whether in a sports event, a movie or a drama series.” 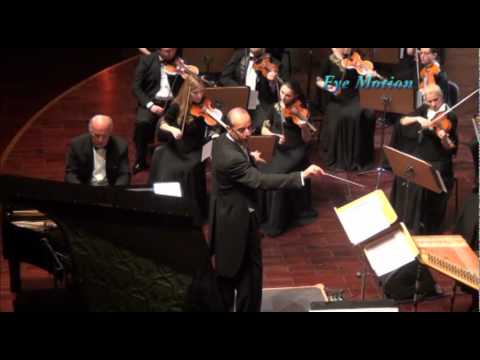 Khairat’s relationship with audiences is perhaps the most surprising aspect of his career. There have been no vacant seats at any of his concerts, whether in his Egyptian Opera House or any of the concerts he has performed abroad, for which he crossed seas and oceans across east and west. On his relationship with his audiences, Khairat said, “the great presence that my concerts had [enjoyed] showed the sincerity of the gift of musical composition that God has given me. I have set a goal [ever] since I chose this path, which is to improve music and [the] artistic sense, especially because we are in a country that listens to songs, but not to pure music. Even songs in our country are not performed based on scientific forms. The entire world is full of various musical templates and we must share the same element because we are share[ing] a great civilization and we knew music at very early stages. Therefore, I took it upon myself to pursue the goal to let people listen to music distributed in a scientific and musical way. Thank God, I succeeded in achieving the [my] goal, as evidenced by the large audience savouring my musical works, including the young generation.”

Patriotism heavily marks the works and character of Omar Khairat, which has been clear both in his dialogues and positions and translated into several musical compositions, as well as songs such as “There Is Something Sweet in It,” and many others. However, Omar Khairat remains a universal artist by all artistic standards. He is an Arab artist who led the national day festival in Italy in 1993, and was chosen by the European Union in 2008 to perform the musical concert for Slovenia’s handover of the European Union’s presidency to France. For the latter, Khairat played musical works such as “Egyptian Opening” and “The Oracle.” Khairat’s musical works have also filled European opera houses in Slovenia, France, Spain, England and Italy.

Khairat has won dozens of awards for his musical works, including those he received at the Tebessa International Festival in Algeria for the Ostrich and Peacock music. He has also won several awards from the Radio and Television Union and the Cairo Film Society, as well as the Creativity Award from The Middle East Music Awards, which celebrated his entire musical repertoire throughout 2008.