At the beginning of the 21st century, King Abdullah faced two challenges: falling oil revenues and local terrorism. To deal with the first challenge, he encouraged greater economic liberalization to attract new investment and create job opportunities for the rising number of unemployed Saudis. Major state facilities and companies were privatized. Oil prices began to rise in 2003, allowing Saudi Arabia to pay off its mounting debt and spend on new economic projects. Part of the oil wealth was used to create new industrial cities.

To deal with the problem of terrorism that erupted in Saudi Arabia after 9/11, the King increased Saudi security and introduced social programmes to curb the influence and zeal of the Wahhabi movement, blamed for inspiring terrorist attacks in the kingdom and worldwide. Between 2003 and 2007, Saudi Arabia suffered major terrorist attacks by Islamists, working on behalf of Osama Bin Laden’s al-Qaeda. More than two hundred Saudis and foreign and Arab expatriates died in bombings in residential compounds, government security buildings, and commercial centres. Increased security budgets, co-operation with Western anti-terrorism experts, and a program for the instruction and rehabilitation of terrorists decreased the threat of terrorism by 2009.

The King responded to American calls for the reform of religious education, which was believed to have inspired terrorists, and sacked many religious preachers. The occupation of Iraq by the United States in 2003 prompted many Saudis to enlist in a sectarian war that erupted following the occupation. Many died in terrorist activities, and others were arrested by the Iraqi authorities.

King Abdullah was admitted to hospital late December 2014, suffering from a lung infection. On 23 January 2015, authorities confirmed he had died at the age of 91. Immediately after his death, King Abdullah was succeeded by his half-brother Salman bin Abdulaziz, who had been the crown prince. 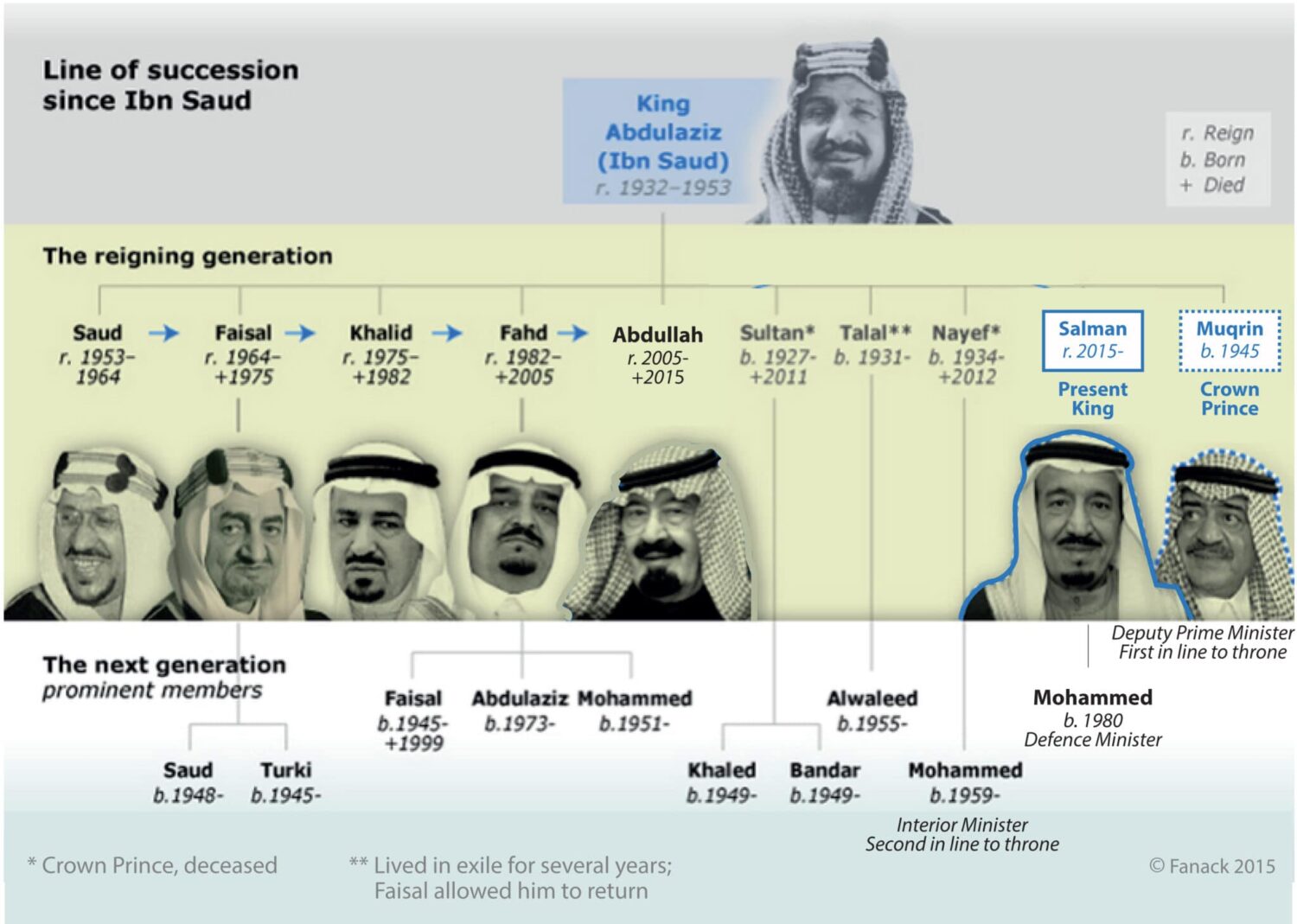 See the line of succession before Abdullah here.