The Ismaili Muslims: A History of Persecution and Pluralism 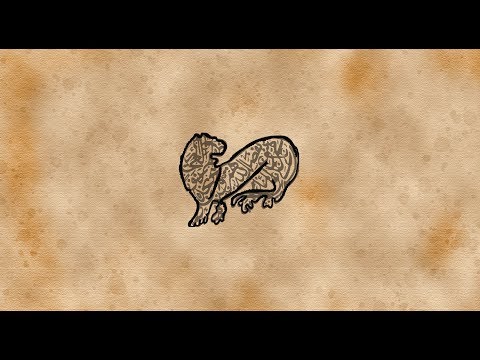 The Ismaili Muslims make up a culturally diverse community that adheres to a 1,400-year tradition of Shia values. Among them is the commitment to search for knowledge for the betterment of self and society, embrace pluralism by building bridges of peace and share one’s time, talents and material resources to improve the quality of life of other Ismailis and those among whom they live.

The Ismailis’ origins can be traced back to Ismail, the eldest son of Imam Jafar al-Sadiq, in whose progeny the Ismailis have recognized a continuous line of Ali imams. The Shia believe that Prophet Muhammad explicitly appointed his cousin and son-in-law Ali as his successor, and therefore his descendants with Muhammad’s daughter Fatimah, of which al-Sadiq was one, are believed to be divinely guided and infallible interpreters of revelation who are entitled to believers’ obedience. Upon al-Sadiq’s death in 765, the Shia community was divided over the question of which of his sons was the legitimate imam. The Ismailis were those who recognized Ismail as the rightful successor. Persecuted by the Sunni Abbasid caliphs, the few Ismaili imams and their followers went into hiding for a century and a half, during which time they organized a vast esoteric teaching network and founded the Fatimid Caliphate (909-1171), which represented a challenge to the claims of the Abbasid Caliphate and the Sunni ulama or ‘men of knowledge’.

The Fatimid Caliphate took shape among the Kutama Berbers in what is now Algeria, conquering Raqqada, the capital of the Arab Aghlabid dynasty, in 909. In 921, the Fatimids established Mahdia, in Tunisia, as their new capital. In 948, they shifted their capital to al-Mansuriya, near Kairouan in Tunisia, and in 969, they conquered Egypt and established Cairo as the capital of their caliphate. Egypt became the political, cultural and religious centre of their empire that developed an indigenous Arabic culture. After the initial conquests, the caliphate often allowed a degree of religious tolerance towards non-Ismaili Islamic sects as well as Jews, Maltese Christians and Egyptian Coptic Christians. The caliphate declined rapidly, however, and in 1171 Saladin invaded its territory. He founded the Ayyubid dynasty and incorporated the Fatimid Caliphate into the Abbasid Caliphate.

Ismailis were divided again over the succession to the 18th imam, al-Mustansir Billah, who died in 1094. The group that came to be known as the Nizari Ismailis recognized the elder son and heir-designate Nizar and his descendants as the legitimate imams. Today, the Nizari Ismailis are commonly known simply as the Ismailis. Another group, later called the Tayyibis, recognized a younger son of al-Mustansir Billah as the rightful successor and their line of imams went into hiding shortly after.

Ismaili imams eventually moved from Fatimid Egypt to Persia. The Ismaili state barely survived repeated assaults from the Seljuq family, a Turkic dynasty that effectively controlled the Abbasid Caliphate in the late 11th century, and the Mongol invasions of 1256 eventually defeated the Ismaili polity and led to the attempted genocide of the community. In Persia, Syria, Central Asia and South Asia, Ismaili communities endured widespread persecution, which forced them in the following centuries to present themselves outwardly as Sunnis, Sufis and other kinds of Muslims, depending on the area’s religious authority. The line of Ismaili imams continued uninterrupted, however, with every imam appointing a successor from among his male progeny.

The 49th – and current – hereditary imam is Aga Khan IV, who was born in 1936 in Geneva. He spent his early childhood in Nairobi, Kenya, attended school in Switzerland for nine years and graduated from Harvard in 1959 with a bachelor’s degree in Islamic history. He succeeded his grandfather, Sultan Muhammad Shah Aga Khan III, on 11 July 1957 at the age of 20.

Since then, there have been major political and economic changes in most of the countries where Ismailis live. As a result, the Aga Khan has adapted the complex system of administering the various Ismaili communities, pioneered by his grandfather during the colonial era, to a world of nation states. In the course of that process, Aga Khan III had already provided a contemporary articulation of the public role of the entity representing the succession of imams, known as the Imamat. Today, the Imamat continues this tradition of strict political neutrality. Several community-based institutes and organizations have also been founded to create a sense of unity and establish financial, cultural and social programmes to help out when needed. These include The Ismaili Community and The Institute of Ismaili Studies.

The Ismailis are scattered across some 25 countries, mainly in Central and South Asia, Africa, the Middle East, Europe, North America and Australia, and number approximately 20 million. Although they rarely make the headlines, several attacks against them have shed light on their existence. In May 2015, dozens of members of Pakistan’s Ismaili minority were killed by gunmen on a bus in Karachi. After that attack, the Aga Khan issued a statement saying that the Ismailis were a ‘peaceful global community living in harmony with other religious and ethnic groups in many countries across the world, including in the Muslim world’.

In Syria, there are an estimated 250,000 Ismailis living in different cities, the most important being Salamiyah, Musayaf and Qadmus, and some villages in Tartus. Salamiyah is their historic centre in the country.

“It can be said that the changes witnessed in Syria in 2011 [when the war broke out] had a great impact on the Ismaili community, like it had on all Syrians,” Ali, a photojournalist and activist from the city, told Fanack. “It seems that the high commissioners of the Ismaili sect worldwide did not have a clear opinion regarding the ongoing events in Syria, as the sect leader, Imam Kareem Shah, only expressed his concerns of the rising violence in Syria through his letters to the sect, but he didn’t involve with any political side. However, the official commissioners of Ismailis in Salamiyah had a different point of view and decided to be loyal to the regime, which they have always cooperated and been close friends with.”

For Ali, this decision “probably came out of fear and to be able to maintain their political interest with the stronger side in this equation, regardless of a lack of dignity and the gap this regime wanted to build between all Syrian sects and social classes.” As the violence used by the regime against its opponents increased, the Ismailis refused to get involved further, but the emergence of extremist groups directly threatened their survival. “In light of these serious security conditions, the people of Salamiyah faced two options: one was running away from death and torture, the other was joining the government militias in order to survive.”

It is a scenario that has played out time and again across different geographies in the Ismailis’ eventful 1,400-year history.