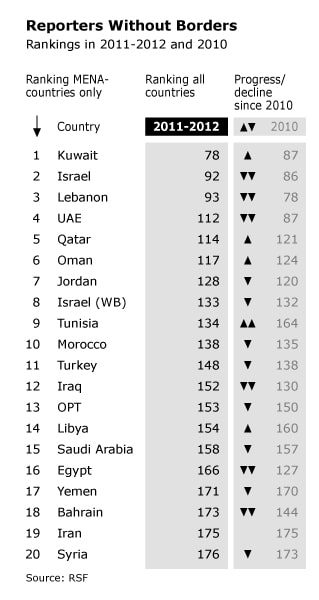 Compared with other Gulf Cooperation Council countries, such as the UAE, Qatar, and Saudi Arabia, Bahrain once enjoyed a relatively free, diverse domestic mediascape. The reasons for this were both commercial and political. First, the country’s ruling and business elites have always been eager to promote Bahrain as a liberal, cosmopolitan society, with the explicit aim of attracting more foreign investment, commercial business, and holidaymakers.

The establishment of a diverse local mediascape based on modern communications technologies has long been part and parcel of the regime’s public relations policy. While this diversity was initially purely cosmetic and dependent on old-fashioned censorship by the Ministry of Culture, after the 1991 Gulf War censorship was – officially, at least – abolished. It was replaced by a less formal system of governmental supervision, based on the ‘voluntary’ adoption of a ‘moral’ code of self-censorship by local journalists.

This change was prompted by political considerations emanating from Bahrain’s post-Gulf War security arrangements with Western liberal democracies, especially the US and Britain. The same urge to appear liberal in the eyes of the West was one force behind the liberal reforms initiated by Hamad bin Khalifa, who succeeded his father as Emir in 1999.

With the Bush administration hailing King Hamad’s reforms as a model for the Arab world, the ominous ending of the same Article 23 has been too willingly overlooked by observers: it stated further that the freedom of the press was subject to unspecified ‘rules and conditions laid down by law’ and added the alarmingly vague provision that ‘the fundamental beliefs of Islamic doctrine not be infringed, the unity of the people not be prejudiced, and discord or sectarianism not be aroused’.

Press Law 47 (2002) further restricted the ‘freedom of the press’ by providing for prison sentences ‘of at least six months for criticizing Islam or the king or inciting actions that undermine state security’. It also lists fourteen other criminal offences, including ‘publicizing statements issued by a foreign state or organization before obtaining the consent of the minister of information’ and ‘publishing any news reports that may adversely affect the value of the national currency’. An Information Authority was established in 2010 to monitor the press, including Internet sites.

During the political unrest in 2011 the government targeted virtually all media sources. Foreign correspondents were expelled. Three editors from al-Wasat were fired and fined for their reporting. The government continued to block opposition websites. Reporters without Borders gave Bahrain (along with Syria and Yemen) their worst rankings ever. While Tunisia rose thirty places in its index, Bahrain fell twenty-nine (to number 173).