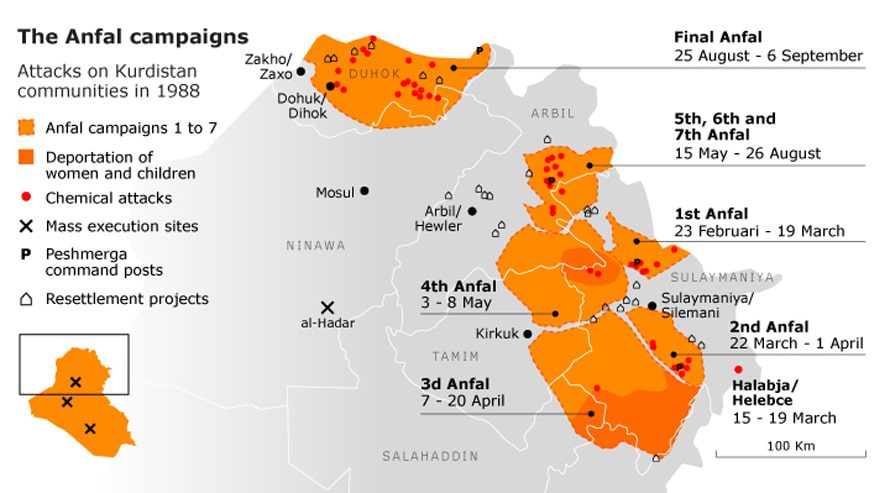 Even before the formal end of the war with Iran, Iraq launched a major counter-insurgency offensive against the Kurds. During the war Kurdish rebel parties had succeeded in prying parts of Iraqi Kurdistan from Baghdad’s control. During this offensive (1987-1989), three-quarters of all Kurdish villages and over twenty moderately-sized cities were depopulated and levelled. Their residents were deported to ‘modern villages’.

During the February-September 1988 Operation al-Anfal– a reference to a Koranic chapter that speaks of plundering the possessions of infidels defeated in battle – the regime systematically killed tens of thousands of Kurdish villagers. Human Rights Watch estimated that about 100,000 were killed and buried in mass graves. Kurdish leaders claim that Kurdish deaths totalled about 180,000. (Since the fall of Saddam Hussein’s regime, numerous mass graves have been found in western Iraq.)
The nadir was reached in a poison-gas attack, on 16 March 1988, by the Iraqi Air Force on the Kurdish city of Halabja, killing some 5,000 and wounding many more.