The Convention relating to the Status of Refugees is based off Article 14 of the UDHR, and recognizes the right of asylum and protection of refugees. It was approved during the General Assembly meeting of December 14, 1950 and came into force on April 22, 1954. However, the original Convention limited its scope to refugees fleeing prior to 1 January 1951. As such, an additional protocol was compiled in 1967, removing these limitations.
Oman is not party to the 1951 Convention, nor its Protocol.

The Convention on the Elimination of All Forms of Discrimination against Women – also called CEDAW, was approved during the General Assembly Session on 18 December, 1979 and entered into force on 3 September 1981. Oman acceded to CEDAW on February 7, 2006. Through “accession” a state accepts the offer or the opportunity to become a party to a treaty, which has already negotiated and signed by other states. It has the same legal effect as ratification. Countries that have ratified or acceded CEDAW are legally bound to put its provisions into practice, and thereby agree to submit national reports on measures taken to comply with its obligations. Such reports are to be compiled at least every four years.

Oman made reservations to a number of articles on the basis of their not being in accordance with Sharia law and local legislation, namely; Article 9 (2), concerning children’s nationality; Article 15 (4), providing equality of freedom of movement; and Article 16 in general, eliminating discrimination in marriage and family matters and child marriage; and in particular paragraphs (1a), prescribing the same right to enter into marriage; (1c), listing the same rights and responsibilities during marriage and upon dissolution; and (1f), granting the same rights and responsibilities regarding guardianship, wardship, trusteeship, and adoption. Additionally, Oman states it is not bound by Article 29 (1), which discusses dispute between states concerning interpretation or application of the Convention. It is noteworthy that Article 29 (2) specifically allows for such a reservation.

The Convention on the Rights of Persons with Disabilities was approved during the General Assembly session on December 13, 2006 and came into force on May 3, 2008. Simultaneously, the Optional Protocol was approved, giving the Committee on the Rights of Persons with Disabilities (CRPD) competence to examine individual complaints with regard to alleged violations by States parties to the Protocol. The CRPD is the body of independent experts that monitors implementation of the Convention. Oman signed the Convention on March 17, 2008 and ratified it on January 6, 2009 without any reservations. It is not party to the Optional Protocol.

The International Convention on the Protection of the Rights of All Migrant Workers and Members of their Families was approved by the General Assembly on December 18, 1990 and entered into force on July 1, 2003. Oman is not party to the Convention.

The Convention on the Elimination of All Forms of Racial Discrimination was approved by the General Assembly and accordingly opened for signature on March 7, 1966. It entered into force on January 4, 1969. Despite the obvious as stated in the Convention title, it aims to obliterate hate speech and promote understanding. Implementation of the articles is monitored by the Committee on the Elimination of Racial Discrimination, to which bi-annual reports are submitted by each signatory. It also is responsible for handling inter-state and individual complaints related to non-conformity to the provisions of the Convention, as prescribed in Article 14.
Oman acceded to the Convention on January 2, 2003 with no reservations. 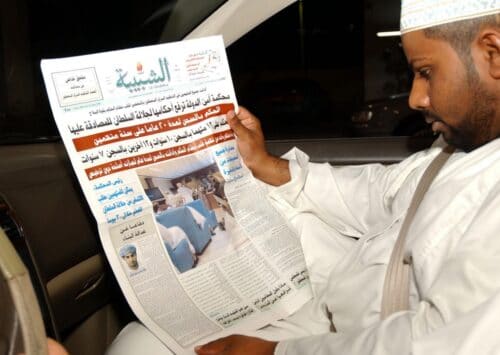 Press Freedom
Local newspapers are not subject to censorship, according to the Ministry of Information. In practice private and state-run print and broadcast media tend to support the government's views, even though 'constructive' criticism of ... 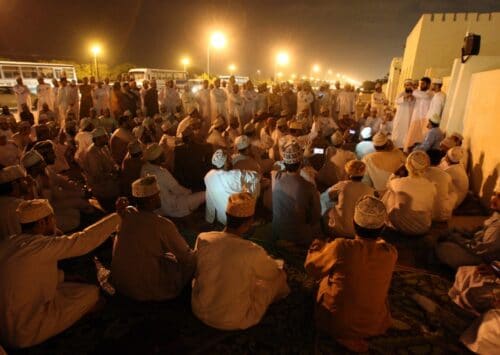 Human Rights Record in Oman: Further Restrictions, Persecution After Arab Spring
The authorities remained cautious about restrictions on and persecution of human-rights activists and used such measures only in emergency cases until massive popular protests broke out in February 2011 as part of the so-called Ar... 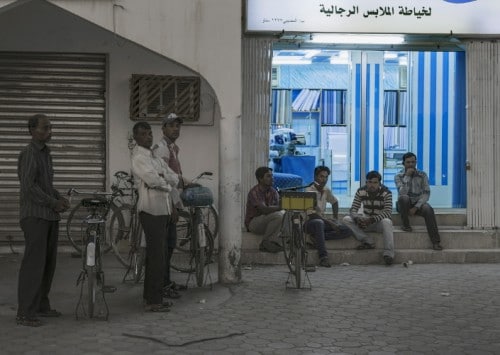 Oman: Human Rights Update
Due to the unprecedented blows dealt to freedom of speech and freedom of the press in Oman in the first half of the year, Oman’s global freedom ranking has dropped and is expected to drop further in the coming years. 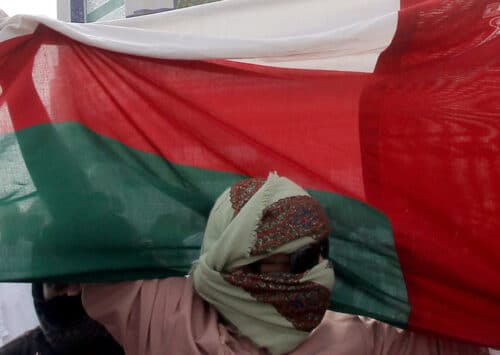 Oman Continues Crackdown on Activists and Reformers
A report describes in depth how human rights defenders are routinely beaten, placed in solitary confinement and forced to endure extreme temperatures and humiliation. Other tactics used to punish activists include spreading rumour...