The Convention relating to the Status of Refugees is based off Article 14 of the UDHR, and recognizes the right of asylum and protection of refugees. It was approved during the General Assembly meeting of December 14, 1950 and came into force on April 22, 1954. However, the original Convention limited its scope to refugees fleeing prior to 1 January 1951. As such, an additional protocol was compiled in 1967, removing these limitations.
Bahrain is not party to the 1951 Convention nor its Protocol.

The Convention on the Elimination of All Forms of Discrimination against Women – also called CEDAW, was approved during the General Assembly Session on 18 December, 1979 and entered into force on 3 September 1981. Bahrain confirmed its accession on 18 June 2002. Through “accession” a state accepts the offer or the opportunity to become a party to a treaty, which has already negotiated and signed by other states. It has the same legal effect as ratification. Countries that have ratified or acceded CEDAW are legally bound to put its provisions into practice, and thereby agree to submit national reports on measures taken to comply with its obligations. Such reports are to be compiled at least every four years.

Bahrain did voice reservations against Article 2, condemning discrimination against women wanting to ensure implementation in accordance with the Sharia; Article 9 (2), concerning children’s nationality; Article 15 (4), equality of freedom of movement; Article 16, eliminating discrimination in marriage and family matters and child marriage, provided it is compatible with the Sharia; and Article 29 (1) discussing dispute between states concerning interpretation or application of the Convention. It is noteworthy that Article 29 (2) specifically allows for such a reservation.

The Convention on the Rights of Persons with Disabilities was approved during the General Assembly session on December 13, 2006 and came into force on May 3, 2008. Simultaneously, the Optional Protocol was approved, giving the Committee on the Rights of Persons with Disabilities (CRPD) competence to examine individual complaints with regard to alleged violations by States parties to the Protocol. The CRPD is the body of independent experts that monitors implementation of the Convention.
Bahrain signed the Convention on 25 June, 2007 and ratified it on September 22, 2011 without any reservations. It is not party to the Optional Protocol.

Bahrain acceded to the Convention on March 6, 1998 but stated it did not consider itself bound to Article 30, paragraph 1 referring to disputes between States related to interpretation or application of the Convention.

The International Convention on the Protection of the Rights of All Migrant Workers and Members of their Families was approved by the General Assembly on December 18, 1990 and entered into force on July 1, 2003. Bahrain is not party to the Convention.

Bahrain acceded to the Convention on March 27, 1990 with reservations made against Article 22, pertaining to inter-state dispute resulting from interpretation or implementation of the Convention, stating that all parties to the dispute are to expressly consent to intervention of the International Court of Justice. Additionally, it states that its accession does not constitute recognition of Israel or be the basis of relations therewith. 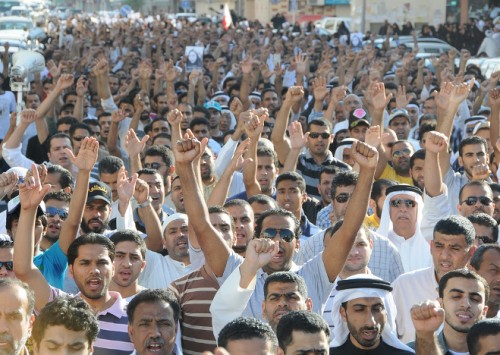 Press Freedom
Bahrain once enjoyed a relatively free, diverse domestic mediascape, but during the Arab Spring the government targeted virtually all media sources 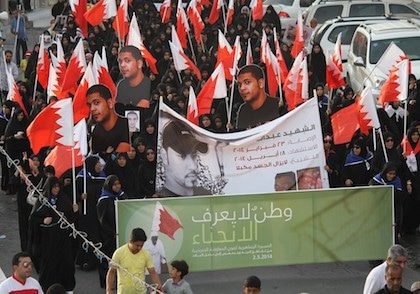 Bahrain: Cemetery of Human Rights
The government’s insistence on stalling the implementation of the BICI and Human Rights Council’s recommendations and denying that the human rights situation in the country is deteriorating, blocks the way to a solution of the... 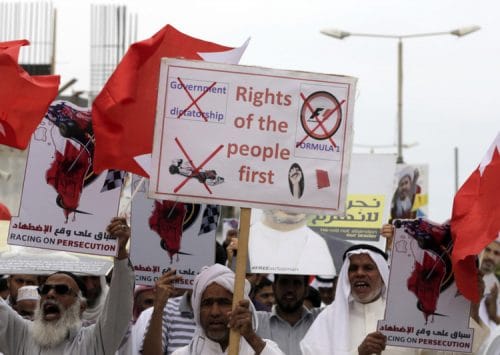 In Bahrain, Human Rights Situation Deteriorating
“The human rights situation is the worst it has been in the country’s modern history,” Khalid Ibrahim, director of the Gulf Center for Human Rights, told Fanack. “There is no one to speak up, no space for civil society. Mo... 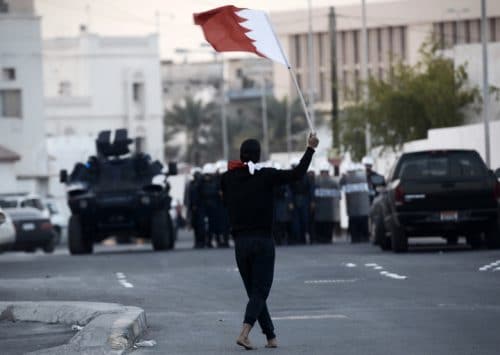 Bahraini Dissidents Face Loss of Citizenship, Forced Exile
More than 570 people have had their Bahraini nationality revoked over the last six years, around 150 of those in 2017 alone. The country has just over 650,000 citizens. The majority of those targeted are rendered stateless, and ar... 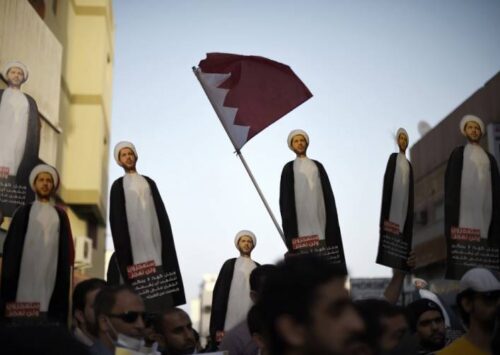 International Community Turns Blind Eye to Executions in Bahrain
The international community has been urged to put pressure on Bahrain to respect freedom of expression. However, many believe that the United States (US) and United Kingdom (UK) have not done enough to criticize the Bahraini gover...