The first newspaper to appear in Qatar was al-Jaridah al-Rasmiyah in 1961, while the country was still a British protectorate. The publication primarily served an administrative function, providing the public with details of official announcements and state laws. In 1968, public radio broadcasts began in Arabic, with French, Urdu and English services launching over the following 20 years. In 1970, Qatar Television (QTV) aired for the first time, and the country’s independence the following year signalled the birth of the country’s modern mass media environment.

1972 saw the launch of al-Arab, Qatar’s first post-independence daily newspaper. Al-Arab was founded by Qatari intellectual Abdullah Hussein Nemma, who is considered the father of the country’s press. A second daily, al-Rayah, was established in 1979 by several Qatari businessmen and intellectuals, and two further dailies, including an English-language title, emerged in the 1980s. Even though private media ownership was permitted from the outset of Qatari independence, the government and ruling family were quick to emphasize that the role of the press was to promote the development of the country. The Qatari Ministry of Information affirmed in 1972 that the media should ‘balance their aspirations to freedom with their obligations to their society’, and direct censorship was imposed. Furthermore, following its inception in 1970, Qatari television remained fully monopolized by the state for over two decades.

The 1990s was a pivotal decade for the Qatari media environment, and most significantly after Sheikh Hamad bin Khalifa al-Thani deposed his father in 1995. Sheikh Hamad immediately dissolved the Ministry of Information and abolished direct government censorship. In 1996, the Middle East’s first 24-hour satellite news channel al-Jazeera was launched in Doha, ostensibly privately-owned but financed by the Qatari government. Al-Jazeera was initially afforded an unusual amount of editorial freedom by the ruling authorities, although criticism of the Qatari leadership remained off limits, and it quickly rose to prominence as a dedicated Arabic-language international news service to rival Western media competitors.

The internet was introduced in Qatar in 1996 and although slow to take off initially, access has since become near ubiquitous. In 1997, Sheikh Hamad established the Qatar General Broadcasting and Television Corporation to oversee the country’s state-owned television and radio networks.

Qatar’s 21st-century media environment has been largely dominated by the growth of al-Jazeera, which consolidated itself as a major international media outlet after securing unrivalled access to war zones in Afghanistan and Iraq. The channel established an English-language service in 2006 as it continued to expand, however its popularity has since begun to wane amid accusations of biased reporting during the 2011 Arab uprisings, and due to the competitive pressure exerted by Saudi Arabia and its own pan-Arab news channel, al-Arabiya. The domestic media environment continues to grow, however Qatari authorities now dedicate significant resources to internet filtration and monitoring amid the growing popularity of social media and online publication. Qatar only has one internet provider, which is state-owned, and the government censors political criticism, anti-Islamic sentiments and pornographic material.

Although freedom of expression has fluctuated under various rulers since Qatar gained independence, the country currently ranks 117th in Reporters Without Borders’ 2016 World Press Freedom Index.

The Qatari constitution, which came into effect in 2004, guarantees freedom of expression ‘according to circumstances and conditions’ as defined by the country’s existing laws. In reality, the constitutional guarantee means little since existing Qatari legislation outlines strict punishments for journalistic offences. The 1979 Press and Publications Law stipulates prison terms for libel and outlaws the publication of content that causes ‘offence to the public morals’. Qatar’s 2004 Penal Code states that defamation can lead to up to two years’ imprisonment. Qatari authorities drafted a new press law in 2011, which promised to eliminate many of the journalistic restrictions imposed by earlier legislation, however a final version is yet to be approved. Finally, the 2014 Cybercrime Law outlines fines and prison terms for acts such as ‘distributing false news’, ‘violating social values’ or ‘jeopardizing state security’.

As part of its efforts to promote itself on the international stage, Qatar has embarked on several initiatives, ostensibly to develop journalism in the Middle East. The Doha Center for Media Freedom was established in 2007 by Sheikh Hamad, with the stated aim of promoting press freedom in Qatar and the wider region. However, its director was dismissed in 2013 following the publication of a report strongly criticizing media laws across the Gulf states, and arguing for less repression and greater transparency.

Self-censorship is pervasive and those who overstep the state’s red lines have received lengthy punishments. In 2012, Qatari poet Rashid al-Ajami was sentenced to 15 years in prison for reciting a poem on YouTube that was deemed critical of Sheikh Hamad. Al-Ajami was pardoned in 2016 after serving more than three years of his sentence. In 2015, Jabar al-Harmi, then editor-in-chief of Qatari newspaper al-Sharq, was dismissed along with seven journalists after publishing a photo of a woman’s hands covered in what was deemed explicit henna artwork. Al-Harmi was subsequently reinstated but resigned in 2016 after posting a tweet that was considered mocking of Saudi austerity measures.

In an attempt to ensure compliance, all foreign journalists must be sponsored by a local institution or the reinstated Ministry of Information and Communications Technology to work in Qatar. However, recently there has been a sharp increase in arrests and harassment of foreign journalists and broadcasters operating in the country. On separate occasions in 2015, two film crews, one from the BBC and another from German broadcasters WDR and ARD, were arrested and interrogated after attempting to document the Qatari human rights situation in the run-up to the 2022 FIFA World Cup. In 2016, a Danish television crew was arrested after filming a report on the conditions of migrant workers constructing World Cup infrastructure.

According to a 2016 survey conducted by Northwestern University Qatar, television is the most popular medium in the country, with 75 per cent of respondents (1,000 Qatari residents interviewed in total, 504 of whom are nationals) stating they watch television. Among those respondents, only 40 per cent said that they watch Qatari-made programmes; programming from the wider Middle East, India and the West is popular due to the country’s sizeable expat population.
There are currently 15 free-to-air channels in Qatar, 13 of them owned by the state. The penetration of pay TV services in the country was estimated at 83 per cent in 2011. The most notable Qatari broadcasters are as follows:

According to the Northwestern University Qatar survey, 60 per cent of Qatari citizens listened to radio broadcasts in 2016, suggesting the medium remains popular. There are no private radio stations in Qatar, and the state operates a series of outlets under the umbrella of the Qatar Broadcasting Service (QBS), offering content in Arabic, English, French and Urdu. Human rights watchdog Freedom House notes that local radio programmes often feature more criticism of government services and operations compared to national or international Qatari media outlets.

Only 48 per cent of Qatari respondents in the Northwestern University Qatar survey indicated that they read newspapers in 2016. In 2013, total circulation of the country’s top five daily newspapers was estimated at 100,000. Despite private ownership being widespread, the vibrancy of the domestic press industry has been hampered by years of state censorship and the concentration of ownership in the hands of the ruling family and business partners. The country has several daily domestic newspapers that publish Arabic and English editions. The main ones are:

Facebook usage is lower in Qatar than in other Gulf states. The Doha Center for Media Freedom attributes this to the country’s large youth population, which is contributing to a rapid uptake of other platforms such as WhatsApp and Snapchat.

Survey data from 2015 released by the Ministry of Information and Communications Technology revealed cultural differences in social media usage between Qatari nationals and expats.
For example, only 12 per cent of Qatari male and 6 per cent of Qatari female Facebook users stated that they post pictures online, compared with 46 per cent of male and 49 per cent of female expats respectively.

Table 1. Most popular social media platforms by percentage of use. Source : Northwestern University Qatar Survey, Media Use in the Middle East, 2016.

As the popularity of mobile devices and wireless access has grown, so has internet news and information websites.

In 2009, Doha News began as a Twitter account and then a Tumblr blog, before finally becoming a news website in 2012. It has since gone on to become Qatar’s most popular local news outlet, providing content for nationals and expats alike. In November and December 2016, the website was temporarily shut down in what its owners described as “an act of censorship” by the Qatari authorities. A potential reason for the temporary suspension was the publication in August of an article describing the challenges of being homosexual in an Islamic state. However, as of January 2017, both the website and the original article are accessible.

In 2014, Qatari-based Fadaat Media established the online news website al-Araby al-Jadeed, headquartered in London. The website was launched as an alternative pan-Arab media source to al-Jazeera, which was proving to be a source of contention among the Gulf states. However, al-Araby al-Jadeed was blocked in Saudi Arabia, Egypt and the United Arab Emirates in early 2016 amid familiar accusations of alleged support for the Muslim Brotherhood. The company also operates a satellite television channel and a newspaper.

Below are the publications by acclaimed journalists and academics concerning the media in Qatar section of this country file:

The image of al-Jazeera

Behind the image of Al Jazeera

Al Jazeera's culture is not as open and tolerant as it is often made out to be. On the …

Al-Jazeera has played an important role in the Arab Spring, covering the Arab uprisings, …

Below are the latest articles by acclaimed journalists and academics concerning the topic ‘Media’ and ‘Qatar’. These articles are posted in this country file or elsewhere on our website: 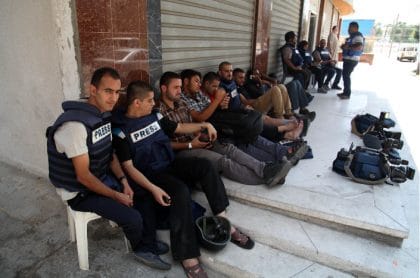 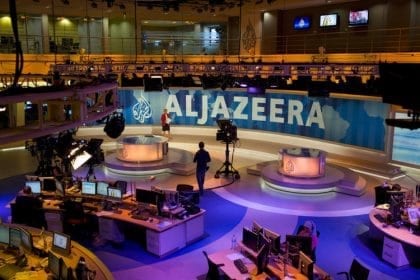 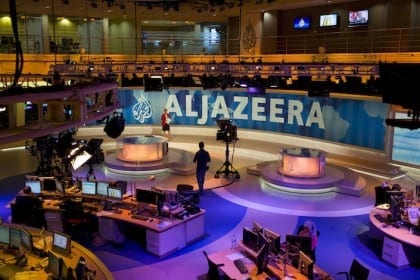 The Declining Popularity of Al-Jazeera News Network and Other Channels

Once considered the most prominent and influential TV news channel in the Middle East, …