Algeria is considered one of the cradles of the first human ancestors, according to the results of a research conducted on Oldowan stone tools in its desert.

Announced in November 2018, the research confirms that Ain Boucherit in the state of Setif is the second oldest site in the world after Kona in Ethiopia.

In ancient times, Algeria has been known as the Kingdom of Numidia and its people were called the “Numidians” and “Amazighs”, which means “free men”. In 1250 BC, Phoenicians reached the coast of North Africa around Carthage. However, the declining strength of the Phoenicians due to successive defeats against the Romans enabled growing the strength of the Numidian leaders in remote areas. King Masinissa (238 BC-148 BC) managed to unify the Kingdom of Numidia with Cirta (Constantine) as its capital city. Jugurtha (160 BC-105 BC) sought again unifying Numidia. However, he was captured by the Roman general Marius after his war against the Romans (112 BC-104 BC). In 105 BC Jugurtha was executed.

After the defeat of Jugurtha, Romans took control over Algeria by 106 BC, especially in Tel Atlas and part of the highlands. The rest of Algeria remained outside the Roman dominance. By the fifth century, the Roman role in Algeria was eroded by the incursions of the Numidians between 430 and 431AD; thus, ending Roman control.

Between 430 and 533, the Germanic Vandals arrived in Algeria. These tribes established the first state in North Africa with Bejaia as its capital city. After a century, the Germanic people merged with the Algerian people. By 534, Byzantines attempted to impose their influence on North Africa, including Algeria, until Islam reached the region.

When Arabs arrived to Algeria at the middle of the seventh century, a large number of the local population converted to Islam. Similar to pan-North Africa, the new religion and language have led to profound changes in the socioeconomic relations in Algeria. Algeria was successively governed by the Umayyads, the Rastamids, the Abbasid Aghlabids, the Fatimids, the Zirids, the Hammadids, the Almoravids, the Almohads and the Zayans, until the Ottomans and the Deyes reigned the country after the attacks of the Spanish fleets.

In 1830, the French invaded Algeria and seized Algiers. The French faced a great popular resistance, notably the resistance of Prince Abdul Qadir between 1832 and 1847. After that, the French Constitution of 1848 considered Algeria an integral part of France.

By the end of the First World War and the growth of collective consciousness, the resistance became more organized thanks to groups with different religious and intellectual affiliations. In 1926, Étoile Nord-Africaine party were established in Paris by Masali Al-Hajj. Al Hajj was the first to call for the independence of Algeria.

The end of World War II is considered as the beginning of the end for French colonialism in Algeria. On May 8, 1945, Algerian demonstrators took to the streets in Setif and Guelma; carrying Algerian flags and calling for independence. 20 thousand Algerians were killed. Here, the national liberation revolution or the Algerian War of Independence began, and it is considered one of the greatest turning points in colonial history.

In September 1963, Ahmed bin Bella was elected President of the Republic for a period of 5 years. with the support of Colonel Houari Boumediene, commander of the National Liberation Army, bin Bella assumed the positions of Prime Minister and the Supreme Commander of the Army. Bin Bella re-established the system in an unorganized country due to the mass departure of the French and clashes of armed groups. Furthermore, he allocated a quarter of the state’s budget to education, not to mention his establishment of fundamental agricultural reforms, his alliance with Arab countries and developing cultural and economic relations with France. He also helped the country to get out of its existing border dispute with Morocco.

In June 1965, Boumediene turned on Bin Bella and appointed himself as President of Algeria. With the help of the powerful intelligence man Kassidi Merbah, Boumediene started rebuilding the state on the basis of the trilogy of agricultural, cultural, and industrial revolutions in the lines with the experiences seen in the socialist axis. During Boumediene’s era, the FLN continued to control the state.

In December 1978, Boumediene died, and Al-Shazly bin Jadid took over after his election as president on February 7, 1979. Al-Shazly’s rule lasted nearly 13 years after his re-election in 1983 and 1988. In 1988, there were widespread protests against corruption and unemployment. Protesters condemned FLN policies; calling for economic and social reforms and improving living conditions and social justice. Subsequently, the 1989 constitution endorsed media and political pluralism; ending 27 years of single-party rule after which more than 60 parties were established.

From the”Black Decade” to Pluralism

After the first pluralist local and legislative elections in the country in 1990 and 1991, Algeria entered the civil war that lasted for nearly ten years, the “black decade“. The spark of war erupted when the army canceled the election results and the Islamic Salvation Front and Islamic groups took up arms in confronting it. This caused the lives of 250 thousand people and economic losses of about $ 40 billion.

In April 1999, the black decade ended by the election of Abdelaziz Bouteflika as a president. Bouteflika continued in office for four consecutive terms. Despite his inability to carry out his duties for health reasons, Bouteflika announced that he is running for a fifth presidential term. People met this with rejection and peaceful demonstrations began in February 2019. Bouteflika announced his resignation in April 2019. Abdel Majid Taboun assumed the presidency of the country following the multiple presidential elections held in December 2019.

Below are the publications by acclaimed journalists and academics concerning the history of Algeria section of this country file: 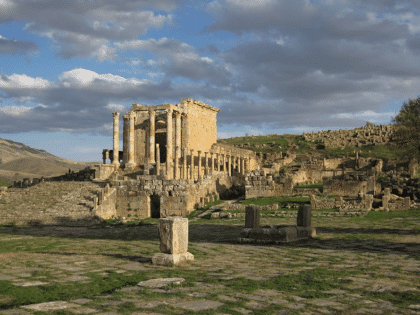 Algeria: From Antiquity to the Coming of Islam

Algeria has been inhabited by modern humans for at least 40,000 years, stone carvings and … 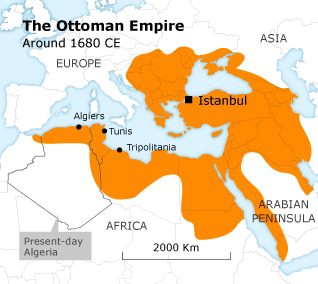 European and Ottoman influence in Algeria 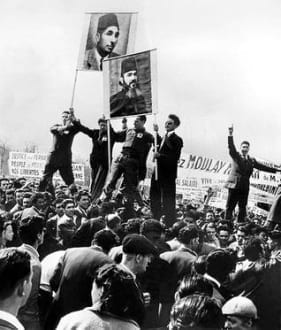 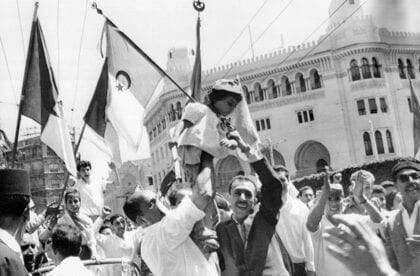 The People’s Democratic Republic of Algeria (1962)

Independence brought hope of a better life to Algeria’s people, but a period of … 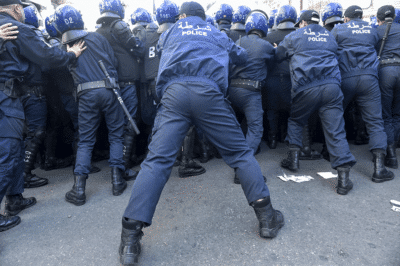 Colonel Bedjedid tried to strike a political and economic balance. Instead, tensions … 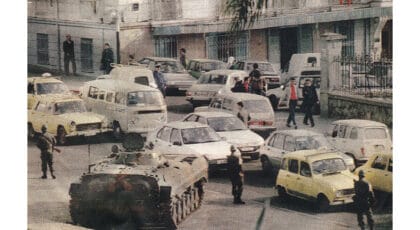 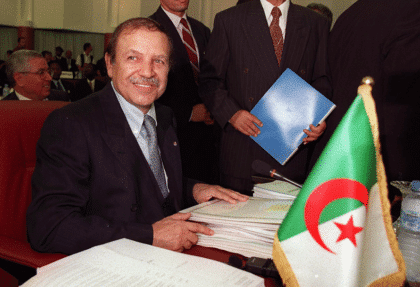 Bouteflika’s policy of ‘peace and reconciliation’ has led to a stable society, which …