During the era of colonial rule in Algeria, French authorities ensured that the media environment reflected French interests and attempted to curb its potential as a means of mass communication. For example, with the spread of radio broadcasting in the 1930s and the establishment of the nationwide station Radio Algiers, the French government actively restricted the dissemination of radios throughout the country and deliberately tailored programming to appeal to the Algerian elite. Likewise, the country’s first newspapers were published exclusively in French, and were designed to be read purely by the minority upper classes.

However, the media would ultimately play a significant role in mobilizing the masses in Algeria’s war of independence, with the pro-independence National Liberation Front (FLN) using a secret publication, Al-Moudjahid, to defy colonial monopolization. It was first published in 1956, and 91 editions had been printed by the time the country achieved independence in 1962. During this period, Al-Moudjahid helped to galvanize Algeria’s pro-independence forces by championing the country’s independence struggle, detailing the FLN’s activities and fights against French authorities, and helping to promote a vision of what post-colonial Algeria would look like.

From the country’s independence until 1990, all of Algeria’s domestic press, television and radio outlets were state owned. During this period, the domestic media largely served as the mouthpiece of the FLN, which at the time was the sole party in government. Satellite television was permitted in 1987, and following the passing of the 1990 Information Code, the government ended its monopoly over the printed press. The 1990s therefore saw the emergence of dozens of privately owned newspapers alongside increasing access to foreign satellite channels, but few domestic outlets were considered independent.

In 2011, the state permitted the broadcast of privately owned television channels and in 2014, allowed them to be licensed in the country. This has increased competition for domestic viewership, although foreign satellite channels remain the most popular. Radio broadcasting remains under the control of the state broadcaster.

Despite constitutional guarantees and President Abdelaziz Bouteflika’s declaration in 2014 that he would “spare no effort to consolidate and extend freedom of expression”, Algeria remains a tightly controlled media environment and is ranked 129th in Reporters Without Borders’ 2016 World Press Freedom Index. A 2012 media law abolished prison sentences for press offences but fines are common and can result in jail terms if unpaid.  Research undertaken by the Committee to Protect Journalists (CPJ) highlights that although the law stipulates that journalists can ‘operate freely’, it also insists they respect Algeria’s ‘national identity’, ‘state security’ and ‘requirements of public order’ or face punishment. In addition to such broadly defined provisions, the law also specifically prohibits actions such as insulting a foreign leader or diplomat. In fact, the CPJ claims that at least 32 of the new law’s 133 articles can be considered infringements of freedom of expression. The state still continues to censor private media outlets and self-censorship is prevalent. Moreover, the government is responsible for all advertising sales, effectively allowing it to restrict the funding of private outlets.

Media outlets and individual journalists have continued to be subjected to violence, harassment and detention by state authorities in recent years. CPJ estimates 60 journalists have been killed in Algeria since 1992. Notable cases of state persecution against the media include the police shutting down private TV station Al-Watan in 2015, after it fell foul of the authorities by airing an interview with a government critic. Other recent examples include the 2015 arrest of cartoonist Tahar Dhejiche for posting cartoons on Facebook deemed to be insulting to President Bouteflika, and the 2013 closure of French newspaper Mon Journal and its Arabic sister publication Djaridati for ‘printing information about President Bouteflika’s “declining’ health”.’ In December 2016, British-Algerian journalist Mohamed Tamalt died following a three-month hunger strike (and subsequent three-month coma) in protest against his two-year prison sentence for sharing a poem on Facebook deemed offensive to President Bouteflika.

Television is by far the most popular means of accessing media content. Satellite television is now widespread and, as of 2014, privately owned satellite stations can be licensed within the country, albeit subject to the government’s conditions. One such condition restricts the airtime that private channels can devote to news programming, effectively limiting their ability to provide independent coverage. Pan-Arab satellite channels such as Al-Jazeera and Al-Arabiya have grown increasingly popular in recent years and particularly since the Arab uprisings on 2011. Although international channels receive the highest viewership, with MBC’s network alone accounting for 33 per cent of audience share in 2013, the most popular domestic channels in Algeria are as follows:

All radio stations are operated by state broadcaster Radio Algérienne, apart from those that broadcast exclusively through the internet.

Nevertheless, in 2010 Oxford Business Group identified radio as one of the most popular media in Algeria, owing to the legacy of its role in the war of independence, and the fact that it can be accessed by the country’s rural communities.

After the state gave up its monopoly, many newspapers and periodicals appeared in the market, beginning in 1989. There are reportedly more than 80 publications currently available in Algiers alone, although few are independent. As is common throughout the Maghreb, Arabic-language newspapers attract the greatest readership whereas the French-language press is seen as the preserve of the elite. The main printed publications in Algeria are as follows:

Social media in Algeria has not had the same impact as a tool for freely voicing opinions or calling for collective action as it has in other MENA countries. This is largely due to the fact that only 18 per cent of Algerians have regular access to the internet. Internet penetration is higher in neighbouring countries owing to the impact of Algeria’s civil war, which led to a decline in technology and infrastructure investments in the 1990s. 3G mobile internet connectivity only became widespread in 2013, so social networks will likely play a more prominent role in Algeria’s future media landscape. Facebook is by far the most popular social network in the country.

In addition to the major print publications that each have an online presence, several internet-only media outlets have emerged in recent years, such as the French-language Algerie Focus and anti-government Algeria Times. However, the country’s 2009 Cyber Crime Law stipulates that websites can be blocked if they are considered ‘contrary to public order or decency’, and also imposes government surveillance requirements upon service providers and internet cafés. Therefore, the online media environment bears similar hallmarks to the press and television landscapes, with the government maintaining tight control. In 2016, the state temporarily blocked access to Facebook, Twitter and other social networks during national high school examinations, in order to prevent cheating.

Below are the latest articles by acclaimed journalists and academics concerning the topic ‘Media’ and ‘Algeria’. These articles are posted in this country file or elsewhere on our website: 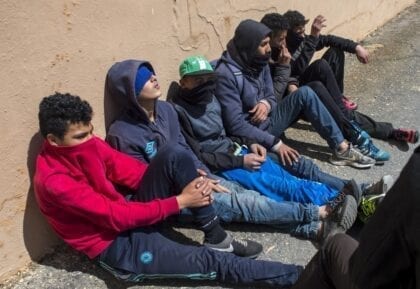 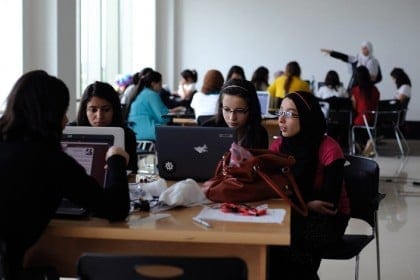 From the country's independence until 1990, all of Algeria's domestic press, television …