Mesopotamia and Anatolia – one of the oldest permanently settled regions in the world – witnessed the birth of many societies and prehistoric states, including those of the Acadians, the Hittites, the Phrygians and the Lydians. However, the ancient times were marked by three groups: the Greeks, the Armenians and the Persians. 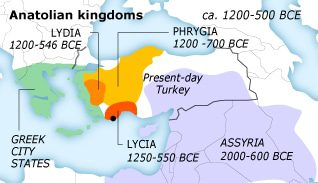 During the 6th and 5th centuries BCE Anatolia fell under the control of the Persian Achaemenid Empire. In 334 BCE it was conquered by Alexander the Great. After his death in 323 BCE Anatolia was split up in a series of small Hellenistic kingdoms. They in turn were became part of the Roman 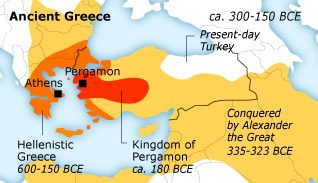 Republic by the mid-1st century BCE, later of the Roman Empire.

The Kingdom of Armenia, which included large parts of Eastern-Turkey, was the first state to adopt Christianity as its official religion at the beginning of the 4th century.

In 285 CE Emperor Diocletian divided the Roman Empire’s administration into eastern and western halves. The Eastern Roman Empire, later known as the Byzantine Empire, controlled most of Anatolia –and far beyond, along the Mediterranean coast up to North Africa – from the capital, Constantinople (renamed Byzantium), and took over the Kingdom of Armenia in 1045. 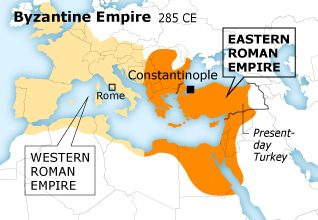 In its more than a thousand years of existence the Byzantine Empire would produce a splendid civilization in which Greek, Roman, Oriental and Christian elements came together.

In his threatened position Emperor Alexius I appealed for help to the Roman Catholic pope. Not in vain. In 1095 Urbanus II called for a crusade, not just to come to the aid of Constantinople, but to liberate Jerusalem and the Holy Land from Muslim (Seljuq) domination.

A crusader army led by Frankish and Norman knights set off from France and Italy in 1096. Having reached Constantinople the army marched further in the direction of Jerusalem, leaving a trail of destruction behind it. After an eight-month siege the well-defended city of Antioch (Hatay province) was taken and pronounced the capital of one of several crusader principalities and counties to be created along the Eastern Mediterranean coast. Jerusalem was finally taken in 1099 and became part of the Kingdom of Jerusalem, which was recaptured by Saladin in 1187. The First Crusade – as it would go down in history – was followed by a further six, not all of which passed through Anatolia.

After the Fourth Crusade, which resulted in the seizure and ransacking of Constantinople (1202-1204), the weakened Byzantine Empire was no longer in the position to take advantage of the disappearance of the Great Seljuq Empire in Anatolia (1077-1308), leading to the emergence of many independent Turkish beyliks including those of the Dulkadirids, the Karamanids, the Sarukhanids, the Aydinids, the Menteşe and the Germiyanids. One of those beyliks founded by Osman I in 1299 made its mark on the history of the 14th and 15th centuries in Anatolia and the Balkans (the capture of Bursa in 1326, Nicaea in 1331, Karasi between 1334 and 1335, Nicomedia in 1337, Serbia between 1371 and 1375, Kosovo in 1389 and Bulgaria in 1396).