Sudan is a country characterized by its ethnic diversity, even after South Sudan’s independence in 2011; Carrying out an accurate census of the population in Sudan has been a challenge throughout the country’s turbulent modern history. The exact number of people in Sudan and its ethnic make-up has always been a matter of political controversy. For example, Southern Sudan’s government accused the Khartoum government of deliberately manipulating census data in oil-rich regions. Moreover, due to civil wars and political turmoil, it wasn’t easy to reach all parts of the country simultaneously for an accurate census. The fifth and last official census, in 2008 AD, recorded the population of Sudan – northern at that time – at about 30.9 million, which constituted 79% of the total population of Sudan before the secession in the northern and southern parts of the country.

The demographics of Sudan are characterized by ethnic, religious, and linguistic diversity. There are Arabs, Negroes, Beja, Nubians, and others.

Except for the settlement strip that corresponds to the Nile banks, Northern Sudan, which extends into the desert, is sparsely populated. However, increasing the abundance of vegetation and expanding access to water increases the distribution of the population in the south and enlarges the range of housing almost along the border with South Sudan. There are also large areas of the Khartoum population, southeast between the Blue and White Nile rivers and across South Darfur.

According to World Bank data, the population density in 2020 AD in Sudan is estimated at 24.8 persons/km2. Urban areas account for 34.94% of the total population, while the majority of 65.06% live in rural areas.

According to United Nations estimates, Khartoum’s infallibility occupies the first place in the country in terms of population, with 5.68 million people. The Sudanese government had announced its plan to conduct a comprehensive population and agricultural census in the country, starting in April 2021 AD to 2022 AD, and committed itself to provide 53 percent of its costs, amounting to $ 305 million. Accordingly, the first general elections will be held in the country after the end of the transitional period by 2024 AD. It will also provide a base—data for making economic decisions in the country.

Sudan is a country of great ethnic and geographic diversity. According to United Nations Population Fund (UNFPA) figures, Sudanese Arabs account for about two-thirds of Sudan’s population. Among them are the Kababish of northern Kordofan, a camel-raising people; the Jaalin and Shaigiyya groups of settled tribes along the rivers; the seminomadic Baggara of Kordofan and Darfur; and the Shukriya and Batahin Arabs of eastern Sudan.

The rest of the population consists of other ethnic groups; the Beja in the east, Nubians in the far north, the Fur and Zaghawa in Darfur, the Ingessana in the southern Blue Nile region, Nubas in the mountains in southern Kordofan, and other peoples. This mosaic of people is divided into nearly 600 tribes of various sizes scattered across the country and speaking 300 languages and dialects.

Some researchers and activists dispute the percentage of Arabs in Sudan, as there are political and ideological differences about who is an Arab and who is not. Many argue that speaking the Arabic language only does not make Africans into Arabs. Most of the Arabic-speaking tribes living along the Nile north of Khartoum are, in fact, Arabized Nubians.

The Arab tribes of northern Sudan originally migrated to the country in the 12th century, intermarried with indigenous populations, and introduced Islam. The Arabic language and culture’s preeminence goes back to the waves of Arab migrations in the 12th century.

The spread of Islam in Sudan contributed to the long process of Arabisation of the people in Sudan. There are numerous local languages and (unwritten) dialects of various ethnic groups spoken in rural areas.

Arab identity and Islam were used as a basis for national unification from the Sultanate of Funj through the Mahdiya and the Anglo-Egyptian condominium. The rise of political Islam from the 1980s, the increasingly uneven distribution of development, and the marginalization of peripheral regions exacerbated the feelings of exclusion of non-Arab ethnic groups in Sudan, thus creating the present crisis of identity in Sudan.

Tribal structures are still an important social, economic, and political factor in Sudan.

Civil wars and ethnic and economic conflicts in the marginal areas of Sudan contributed to the upsurge in the influence of tribal factors and sustained the reemergence of tribal loyalties at the expense of the power of the central government of Sudan. Representation in the national government on tribal-ethnic grounds has been a fact of life in Sudanese politics for decades. The Sudanese Arabic dialect is the mother tongue of about 70 per cent of the population, the lingua franca of the whole country, and the main language of education and the media.

Sudan is almost entirely Muslim (97 per cent, according to government figures). The Sunni Maliki doctrine is the dominant school of Islam adhered to by the Muslim population. There are small minorities of non-Muslims, comprising of Christians in the Nuba Mountains near the border with South Sudan and a few thousand Christian Copts of Egyptian origin, living mainly in Khartoum, who have settled in Sudan over the last two centuries. After implementing Islamic Sharia law in Sudan in 1983 and the sweeping Islamization carried out by the government of Omar al-Bashir, many Copts emigrated from Sudan.

The Sunni Muslims of Sudan are traditionally divided into two major sects, the Khatmiyya and the Ansar. This split manifests itself in the political sphere, where the Khatmiyya have supported the Democratic Unionist Party and the Ansar sect, the Umma party. The spiritual leaders of the two sects are also the political leaders of those political parties. There are no significant religious differences between the two dominant sects. The sectarian division is political, related to each sect’s role since the Mahdist revolution in the 1880s and their internal and external political alliances. Traditionally, the sectarian and political influence of Ansar covers the south and west of the country, while Khatmiyya’s strongholds are in the east and north.

Modern -relatively radical- Islamic movements emerged among educated citizens in cities demanding the establishment of an Islamic state that enforces Sharia law. Those groups, particularly the Muslim Brotherhood, which has gone by various names during its history in Sudan and posed a challenge to the traditional religious sects, took power in 1989.

Ansar al-Sunna, an influential conservative Salafi Sunni Muslim group, strongly supported, especially financially, by similar Salafi groups in Saudi Arabia. Ansar al-Sunna stayed out of politics for a long time after their emergence in the 1960s but have recently begun to take part in politics, and some of their leaders are part of the present government.

The various Sufi orders also attract a strong following in Sudan, in both rural and urban areas, and played a significant role in spreading Islam in Sudan and the rest of northern Africa.

Migration is an important factor in the population dynamics of Sudan. Long before independence, Sudan witnessed waves of immigrants from West Africa in the 18th century. Thousands of Sudanese also migrated internally, both permanently and temporarily. The early seasonal and permanent mass migration of people was from Darfur to the Gezira region as labourers in the cotton plantations in the 1940s. Later, significant nomadic populations were displaced by the widespread drought and famine that affected the northwestern parts of the country, northern Darfur and northern Kordofan, in 1984.

The worst was to come with the escalation of civil war in the late 1980s and then in Darfur, starting in 2003. By the end of 2014, there were 2.3 million internally displaced people, according to the Office of the United Nations High Commissioner for Refugees (UNHCR), making Sudan a country housing one of the world’s largest internally displaced populations. Migration between states has increased by a factor of five since the 1960s, predominantly from rural to urban areas, looking for employment and better social services, thus weakening Sudan’s rural productive capacity.

The United Nations High Commissioner for Refugees had reported that more than 11,000 people had fled from the Sudanese state of West Darfur to Chad’s neighboring country as a result of societal clashes there in late December of 2019. The clashes also resulted in the displacement of about 46,000 people inside the country. Most of those forced to flee were already internally displaced, including in camps for the displaced, where people fled and took shelter in schools, mosques, and other buildings in El Geneina.

Since El Geneina is only 20 kilometers from the border, the UNHCR has indicated that thousands of refugees have crossed into Chad.

2020 AD estimates indicate that more than 128,000 Sudanese refugees live in Ouaddai Governorate, Chad, close to the border with Sudan, in dire conditions. Most of them reside in the open or temporary shelters.

According to the UNHCR, Sudan is still a source, transit, and destination country for mixed irregular movements, including asylum seekers and refugees who use the migration route in East Africa, through Libya, and reaching Europe. Human trafficking, kidnapping, and smuggling of human beings continued to be a major protection concern. The eastern part of the country is expected to remain the entry point for Eritrean migrants and refugees, most of whom continue to cross through Khartoum before heading to Europe.

The World Bank estimated the number of Sudanese refugees around the world at 10.56 million Sudanese. Most of them are in Egypt, Saudi Arabia, and other Gulf countries. Sudanese migrants are the second-largest source of foreign cash that the national economy badly needs, but these migrants also fall on the brain drain list for a developing country like Sudan.

Below are the latest articles by acclaimed journalists and academics concerning the topic ‘Population’ and ‘Sudan’. These articles are posted in this country file or elsewhere on our website: 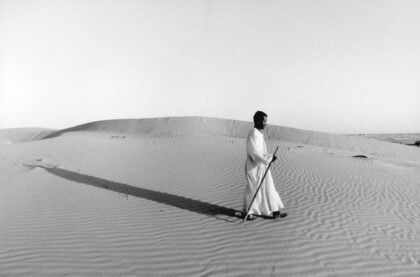 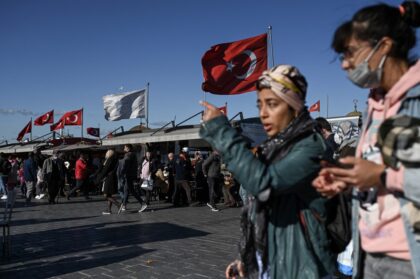 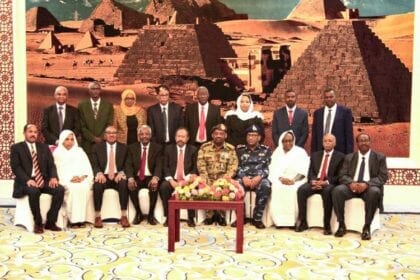 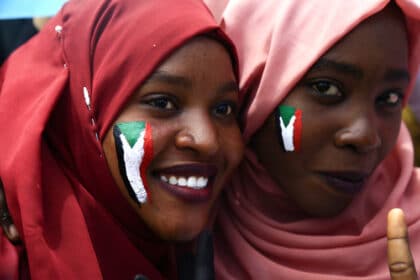 Sudan Politics Population Social Justice
You may also like