About 5.000 years ago (2800 BC – 323 BC), Bahrain was the home of the Dilmun civilization from the Bronze Age, which lasted for about two thousand years. The Kingdom of Dilmun was an important commercial hub and it made connections with civilized centers in the Indus Valley, Persia, the eastern coast of Africa, and Mesopotamia. This kingdom was also a commercial hub between the Arabian Peninsula and India; a center that Bahrain still maintains until now. Nevertheless, some of Bahrain’s people work in agricultural and fishing activities. The name of Bahrain – which means two seas in Arabic – refers to its dual sources of freshwater.Bahrain was alternately occupied by Babylonians, Sumerians, Greeks, Persians, Portuguese, Turks, and others. The Greeks gave the island the name “Tylos” (323 BC – 200 AD). In the early stage of the Islamic era, Bahrain was given the name of “Awal” which is derived from the name of the Arab tribe “Wael” that moved to the island from the Arabian Peninsula.

Bahrain was one of the first provinces to convert to Islam in the 7th century and its people participated in the “Islamic conquests”. During the Umayyad era (661 – 750), Bahrain was considered as part of the Emirate of Basra in Iraq. In this era, commerce flourished due to the reform of roads, the revitalization of maritime traffic, and the recovery of transit trade across the Arab / Persian Gulf. After that, the Abbasid dynasty ruled Bahrain until it came under the rule of the Kings of Hormuz in 1230. The Kings of Hormuz ruled Bahrain three times. The fourth time was when they took Bahrain from the Juburids in the middle of 1521. Their rule continued for about 80 years when the Safavids [a dynasty of Persia’s descendants] took control of Bahrain in 1602. In 1529, the Hormuz king Turan Shah Muhammad Shah, the son of Muzaffar al-Din Mahar Turan Shah, appointed Jalaluddin Murad Mahmoud Shah as ruler of Bahrain. Jalaluddin ruled Bahrain until he died in 1577 CE.

Jalaluddin established a ruling family in Bahrain under the name of the “Barangar” family. His first son Kamal Al Din “Jamal” Mahmoud Masoud Shah succeeded him until his death in 1602. After that, the second son of Jalaluddin (Amir Yusuf Shah) ascended the throne until his death in a battle that was considered as the last attempt of the Portuguese to restore Bahrain in 1605.

From the Ottomans to the British Protectorate

The Ottomans annexed Al-Ahsa to their empire in 1550. In June 1559, Mustafa Pasha, the Wali of Al-Ahsa, arrived with an Ottoman army in Bahrain. In 1861, Bahrain became a British protectorate. A treaty to recognize the independence of Bahrain was signed in 1913 between Britain and the Ottoman Empire. The treaty gave Britain the right to keep Bahrain under its administration.

Independence and the Constitutional Kingdom

In August 1971, Bahrain declared independence and signed a new treaty of friendship with Britain. Sheikh Isa became the first Emir of the country. The State Council was turned into a Council of Ministers. After the official announcement of independence at the end of the same year, the new emirate signed an agreement allowing the United States to rent marine and military facilities.

At the end of 1972, the country’s first elections to the Constitutional Council were held. Voting was restricted to males over the age of 20.

Bahrain joined the Gulf Cooperation Council in May 1981, which also includes Kuwait, Oman, Qatar, Saudi Arabia, and the United Arab Emirates. At the end of 1981, the Islamic Front for the Liberation of Bahrain, led by Shi’a cleric Ayatollah Hadi Al-Modarresi, was accused of conspiring to topple the government on Bahrain’s national day, December 16.

In April 1986, Qatari forces occupied the island of Fasht Dibal and withdrew two months later with a Saudi mediation. In the same year, King Fahd Causway connecting Bahrain to the Kingdom of Saudi Arabia was opened.

In 1991, Bahrain participated in the “Desert Storm” coalition against Iraq during the Gulf War. The Bahraini forces were a part of the GCC’s Gulf Shield Forces. In July 1991, Qatar transferred its territorial claims about the Hawar Islands, Fasht Dibal, and Jaradat Qayyat to the International Court of Justice in The Hague. After three months, Bahrain signed a defense cooperation agreement with the United States stipulating the protection of port facilities and joint military exercises.

The 1990s were marked by a series of security concerns between the Shi’a majority and the ruling Sunni authority. These concerns continued despite the 1995 ministerial amendments that resulted in the inclusion of five Shi’a ministers.

At the end of the second millennium, Emir Isa bin Salman Al Khalifa died. Hamad bin Isa Al Khalifa succeeded his father in March 1999. The first decade of the new ruler witnessed a series of measures and reforms at the political level. These reforms included the following: changing the small emirate into a constitutional kingdom; appointing a Christian, a Jew, and four women in the Shura Council; granting women the right to vote and stand for political office; appointing the first woman in a ministerial position; appointing a Jewish woman as an ambassador and holding the first local and parliamentary elections in nearly 30 years in 2002.

Below are the publications by acclaimed journalists and academics concerning the history of Bahrain section of this country file: 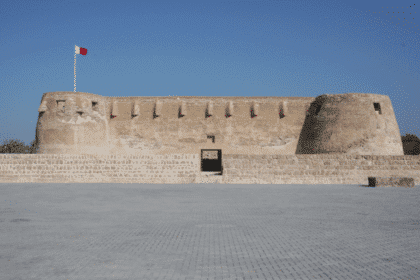 Bahrain: Antiquity since 323 BC 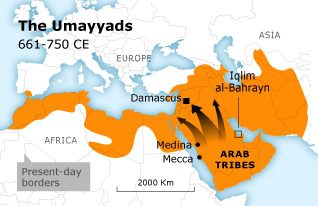 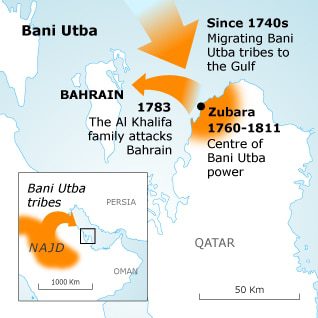 Bahrain: The British protectorate since the 17th Century

Even in a region known for autocratic governments, the Al Khalifa regime of Bahrain has … 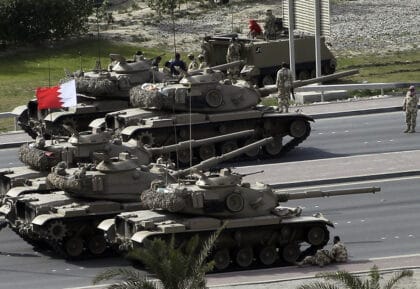 One might say that the modern military history of Bahrain started with a bang, as Italian … 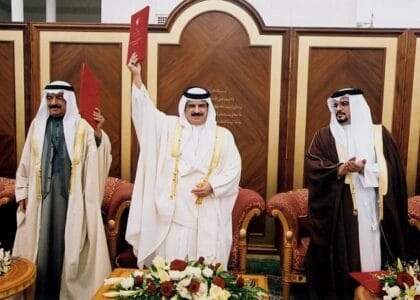 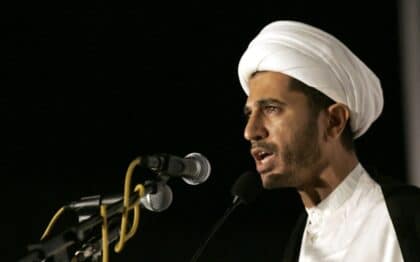 New Constitution in Bahrain in 2002 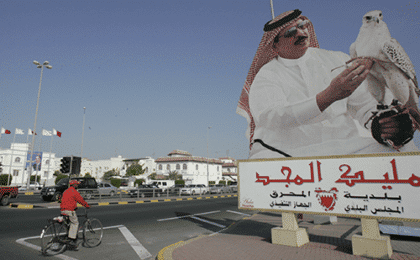 In April 2004, the chairman of the National Committee of Martyrs and Victims of Torture … 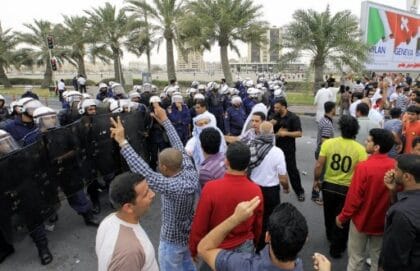 New protests began in earnest in February 2011, at Manama's Pearl Roundabout. These …