In October 2010, elections were held in Bahrain. Al-Wefaq and other Shiite groups alleged widespread voter suppression, particularly in Shiite districts. The government responded by arresting opposition activists.New protests began in earnest in February 2011, at Manama’s Pearl Roundabout. These peaceful protests were framed largely as demands for economic and social justice and political and human rights. Although most of the protesters were Shiites, the calls for reform were initially cross-sectarian.

The government responded with force, killing dozens. A cycle of protests, repression, funerals, and more protests ensued. The cleavage reappeared between the Crown Prince, who appeared to back efforts at dialogue, and the hard-line Prime Minister, whose views eventually prevailed. In March a predominantly Saudi Gulf Cooperation Council (GCC) force entered Bahrain, crushing the uprising.

In March 2011, the King declared a state of emergency and established a military court, the National Safety Court to try opposition members, presided over by a military judge and two civilian judges, all appointed by the Bahraini Defence Force. A large number of dissidents involved in the 2011 uprising were imprisoned without trial or following trials and internationally condemned for their lack of due process, lack of transparency, and the use of torture and mistreatment during interrogation.

In the following months many state employees, especially medical personnel and journalists, were fired. As the government hardened its position, Sunnis rallied behind the King, and the conflict took on an increasingly sectarian tone.

In November 2011, the Bahrain Independent Commission of Inquiry’s Investigation (or Bassiouni Commission) published a report accusing the government’s security forces of using torture and excessive force against the protesters. (See also Human Rights Watch’s report No Justice in Bahrain).

The government had temporarily prevailed, but the underlying tensions continued to simmer. During the unrest in 2011, eighteen representatives of al-Wefaq resigned in protest and boycotted the by-elections to fill those seats in September 2011.

Images of the Arab Spring in Bahrain

Images found on weblogs, featuring the Pearl Roundabout, symbol of the demonstrations in February and March 2011.

Below are the publications by acclaimed journalists and academics concerning the Bahrain’s Arab Spring section of this country file: 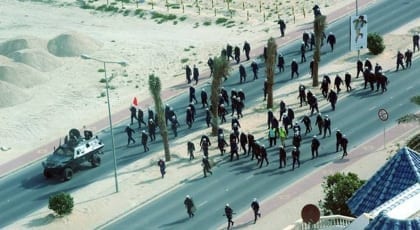 The report of the Bahrain Independent Commission of Inquiry (BICI), released in November … 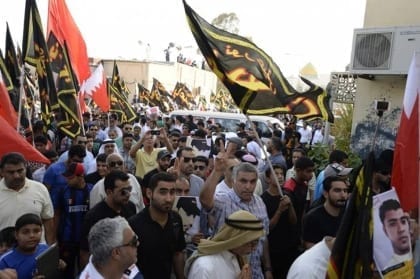 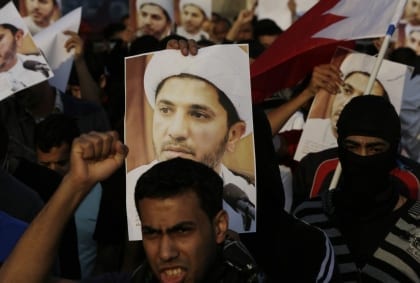 Bahrain Faced a Stalemate in 2015

During the final months of 2015, the situation in Bahrain was controlled with vigilance. … 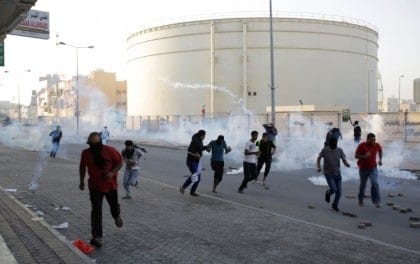 A court in Bahrain dissolved the main Shia opposition party al-Wefaq in July 2016. The …