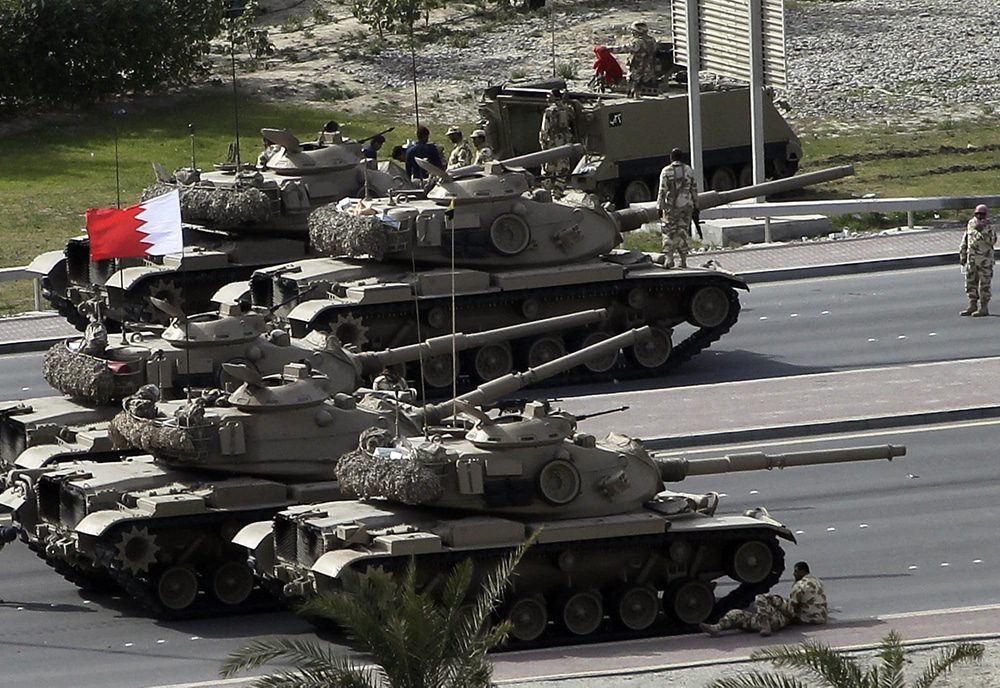 One might say that the modern military history of Bahrain started with a bang. On 20 June 1940 Italian bombers left their bases in East Africa to bomb oil refineries in the Gulf, including a Bahraini target. Bahrain had already declared war on Germany at the beginning of September 1939, and Bahraini troops even fought at al-Alamein (Libya) in 1942. It is somewhat unclear under whose authority war was declared, as the island was a British protectorate at the time.

In 1971, as a result of British withdrawal from the areas east of Suez, Bahrain attained independent status. Before declaring independence, Bahrain had entered talks with other emirates and sheikhdoms to see whether a union was possible, but these talks faltered.

For decades Bahrain has had a slumbering border dispute with Qatar over the Hawar islands, which are situated between the two countries. In 1986, Qatar sent gunboats to one of the islands and fired a few warning shots when Bahrain started to build on a reef. That crisis led to Saudi mediation. Only in 2001, however, was the dispute settled by the International Court of Justice, whose decision both Qatar and Bahrain deemed binding.

Bahraini participated in Desert Storm, in which Iraqi occupying forces were evicted from Kuwait, co-member of the Gulf Cooperation Council (GCC). Bahraini ground forces participated in the 3,000 Peninsula Shield Force of the GCC, that was assigned a support role during the offensive of coalition forces into Kuwait and the south of Iraq. Bahraini pilots also flew strikes into Iraq. Iraq retaliated by launching three Scud missiles. Only one of these landed in Bahrain, and it did not hit a target area. There were no Bahraini lethal casualties during Desert Storm.

In 2011, mostly Shiite protesters – the majority of the Bahraini population – demanded democratic reforms. The protest was forcefully silenced with the help of a military intervention by the GCC, executed by predominantly Saudi forces.