Egypt has been a cradle of many civilizations and kingdoms. This country has the oldest recorded history in the world. This history might be divided into two eras: the prehistoric era, and the second historical era.In the prehistoric era, ancient Egyptians settled in the Nile Valley (about 6000 BC) when they learned agriculture and breeding animals.

Two states were formed in Egypt, (the Delta and Upper Egypt). Thanks to the efforts of Mina, both states soon united in 3100 BC under a central authority headed by the pharaoh.

In the second historical era (the era of Pharaonic dynasties), writing was invented. Aspects of religion and art have crystallized.

The second historical era might be divided into 30 royal dynasties and three kingdoms:

The ancient era (the 1st and 2nd dynasties): This era of was dedicated to establishing the political unity and laying the foundations of Egyptian civilization on solid foundations.

The Old Kingdom (3rd – 6th dynasties): This era runs between 2690BC and 2180BC. The old kingdom was characterized by having a complete internal security. During this era, Egypt was able to reach the height of achievement in medicine, astronomy, and engineering. In addition, the pyramids were built. This era was followed by the first decline era under the 7th-10th dynasties.

Middle Kingdom (11th-14th dynasties): This era runs between 2060BC and 1710BC. Foreign policy played a central role in this era. Kings controlled the Lower Nubia and carried out huge irrigation projects. It was followed by the second decline era under the 15th-17th dynasties.

The New kingdom (18th-20th dynasties): This circa 1580-1085 BC): This era is distinguished by having the Empire. During this era, Egypt extended its sovereignty to northern Syria, Mesopotamia and the fourth waterfall in Sudan. Great temples and magnificent tombs were built in Thebes, the capital of the empire.

Egyptians revolted against the conquest of the Assyrians. Under the leadership of Psamtik I, Egyptians liberated their land from the control of the Assyrians. After that, Psamtik I established the 26th dynasty (circa 663BC-529 BC), restored Egypt’s power and began a revival era.

With the Persians taking over the country, some powerful personalities managed to drive them out. However, the Persians returned to Egypt under the 27th-30th dynasties. The history of the Pharaohs ended with the invasion of Alexander the Great to Egypt and the expulsion of the Persians in 332BC.

After the death of Alexander the Great, Ptolemy, one of Alexander’s leaders, established the rule of the Ptolemies in Egypt (332-30 BC). the Ptolemaic state remained strong during the reign of its early kings until they were weakened by the revolt of the Egyptians against them.

Rome took advantage of these disputes to extend its influence over Egypt. Romans destroyed the Ptolemaic rule in 30BC. The last Ptolemaic Queen was Cleopatra.

During the Ptolemaic period, Alexandria became the center of civilization and the first port in the Mediterranean. The reputation of the city came as a result to its famous lighthouse (which is considered as one of the Seven Wonders of the World).

The Ptolemies established the University of Alexandria. Thanks to this university, scientific facts about the Earth’s rotation around the sun. In addition, the university gave an estimate of the earth’s circumference. The library of Alexandria, the world’s largest library, was also created.

The Romans invaded Egypt in 30BC. Due to its unique geographical location and fertility, Egypt became the most valuable property of the Roman Empire.

Alexandria, which was the Egyptian capital, became the largest commercial and industrial hub in the eastern Mediterranean. In addition, Alexandria became the second most important city in the Roman Empire.

The Byzantine era began in 323 when Constantine I ascended the throne. Constantine I was the first Christian emperor of the Roman Empire. In May 330, Constantinople was established as the imperial capital and eastern counterpart of Rome itself.

The Coptic architecture flourished during the Byzantine era. This Architecture included a distinguished mix of Pharaonic, Greek and Roman arts. A good example of this art can be seen in the churches that was built in the 5th century.

The Muslim conquest of Egypt took place between 639 and 646 and was overseen by the Rashidun Caliphate. After that, Egypt was ruled by the Umayyads (661-750), the Abbasids (750-935), the Tulunids (868-905), the Ikhshidids (939-646), the Fatimids (969-1171), the Ayyubids (1171-1250) and the Mamluks (1250-1517). During the Islamic era, Egypt witnessed a comprehensive renaissance in architecture and decorative arts. This renaissance can be seen in Al-Fustat; the first Egyptian capital built by Muslims. A landmark of this city is the Mosque of Amr ibn al-As. Created by the Abbasid caliph al-Mutawakkil in 861, the Nilometer was built in Al Rodha Island and might be considered as the oldest Islamic monument in Egypt.

When the Ottomans defeated the Mamluks between 1516 and 1517, Egypt has been treated as an Eyalet “an Ottoman administrative division” that was subordinate to Istanbul. Egypt was used as a source of taxation for the Empire and as a basis for expansion. During the Ottoman era, the French campaign led by Napoleon Bonaparte occurred between 1798 and 1801.

In 1882, British forces took control of Egypt; announcing the country in 1914 as a British protectorate. Despite the declaration of independence in 1922, the British control of Egypt continued until 1952.

The Free Officers movement overthrew the monarchy on July 23, 1952. Egypt was declared a republic and Maj. Gen. Muhammed Naguib was appointed as a president of the republic.

Two years later, Col. Gamal Abdel Nasser was appointed as president. During his presidency, the agricultural land ownership was redistributed (1954), the Suez Canal was nationalized (1956) and the Six-Day War broke out (1967).

In 1970, Abdel Naser died and Muhammad Anwar Sadat was selected as a new president. In cooperation with Syria, Sadat raged a war against Israel in October 1973. However, Sadat signed a peace agreement with Israel in 1978. He was assassinated in October 1981 by Islamic groups.

Between 1981 and 2011, Muhammad Hosni Mubarak was the president of Egypt. A popular revolution overthrew Mubarak in 2011. Mohammad Morsi, the candidate of the Islamist movement, was elected as a president to Egypt in 2012. A year later, the army ousted Morsi.

Below are the publications by acclaimed journalists and academics concerning the history of Egypt section of this country file: 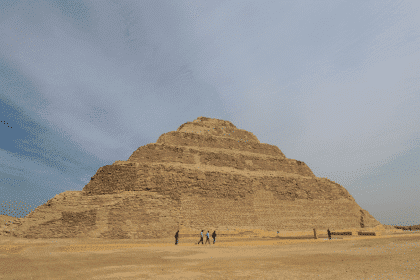 Civilization in Egypt has always been related to the River Nile. Nomadic tribes settled … 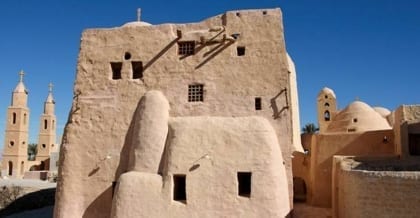 Egypt: Roman Rule and the Rise of Christianity

An overview of the role that Egypt played in the roman rule, and how christianity was … 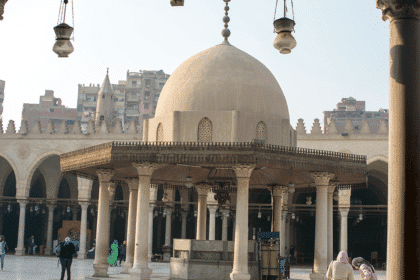 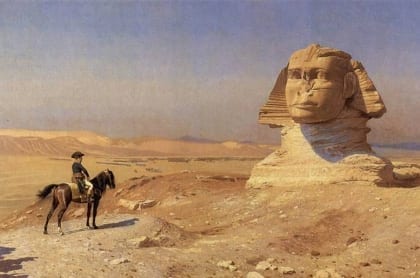 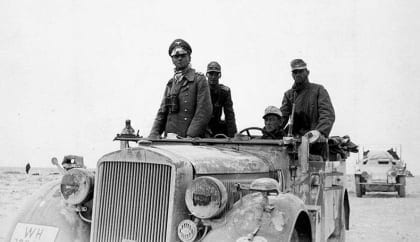 An overview of the British occupation in Egypt, and its role in the world war II. 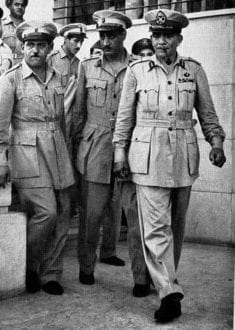 Egypt: Military Revolution and the Republic (1953) 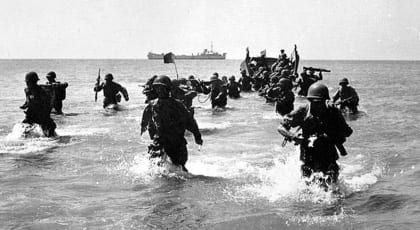 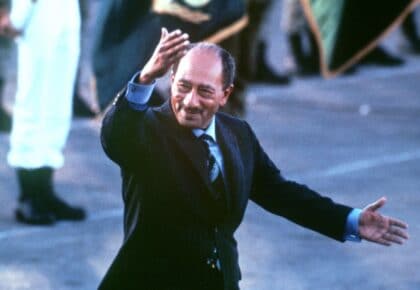 Sadat’s ambition was to reassert Egypt afte rits demoralizing defeat in the 1967 war. In … 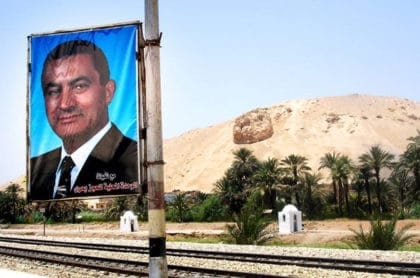 Hosni Mubarak, a former Air Force general, continued on the path Sadat had laid out. The … 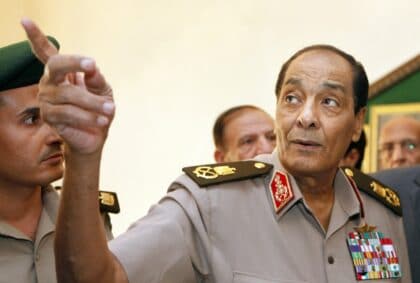 After taking over, Tantawi, commander-in-chief of the Egyptian Armed Forces, acted … 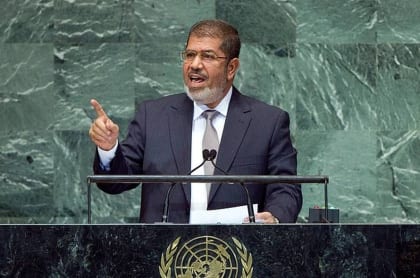 During Morsi's rule, Egypt became polarized between Morsi's Islamist supporters and his … 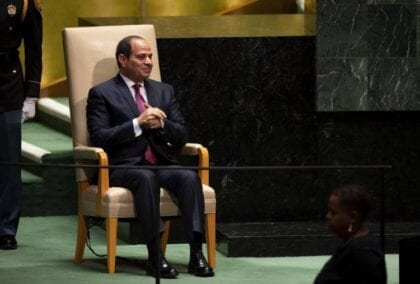 After three years of economic turmoil and a lack of security, many people had very high … 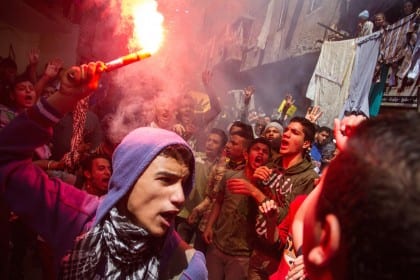 The Rise and Fall of Egypt’s Muslim Brotherhood

The Muslim Brotherhood, one of the largest Islamic movements in the world, has had its …