Britain became increasingly involved in Egypt as it was transformed into an economic colony, importing all manufactured goods from Britain and being forced to grow cotton to export. Farmers had to take out loans, plunging them into bankruptcy when cotton prices fell and forcing them to sell their land to wealthy landowners. British colonial personnel was brought in to replace the local officials, exacerbating local resentment and inspiring a nationalist movement.

Despite British domination, Egypt was, on paper, still a province of the Ottoman Empire. When Turkey allied itself with Germany in 1916 during World War I, Britain declared Egypt its protectorate.

As a result, the nationalist movement grew stronger, and nationwide riots forced Britain to abolish the protectorate in 1919 when Egyptians rose up in a widespread protest against British occupation. The leader of that uprising, an Egyptian lawyer named Saad Zaghloul (1859-1927), was nominated to head a delegation of Egyptians to negotiate with the British the terms of an end to their occupation. Sultan (later King) Fouad I (1868-1936), a descendant of Muhammad Ali, was crowned King of Egypt, but Britain recognized Egypt as an independent state on paper only in 1922. The legal system, communications, defense, and the Suez Canal all remained under British control. King Farouk, who came to the throne in 1936, signed a 20-year Anglo-Egyptian treaty, ending British occupation but granting British forces permission to remain in the Suez Canal Zone. 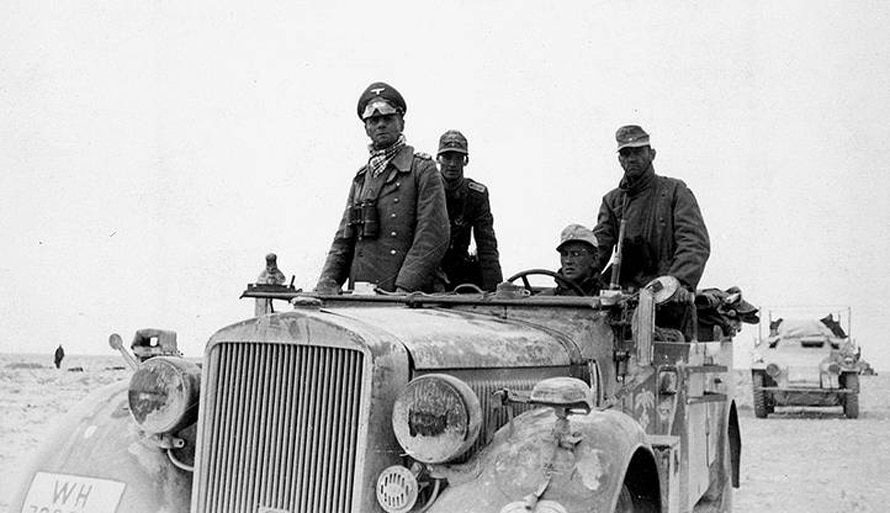 General Erwin Rommel, leader of the Afrika Korps: German and Italian campaign in North Africa, 1941-1943In World War II, Egypt proved vital as a British base in the Middle East against German advances. The Western Desert became the Egyptian battlefield. The Afrika Korps of German General Erwin Rommel (1891-1944) came within 111 kilometers of Alexandria but was halted and driven back by the eighth Army under General Bernard Montgomery (1887-1976) at the Battle of Alamein in October 1942.

After the war, anti-British riots and strikes led to clashes. Faced with growing hostility, British troops were evacuated from Alexandria and the Canal Zone in January 1947. In 1948, Egypt joined Iraq, Syria, and Jordan in a military campaign against Israel, which had been declared a state in May of that same year. To the astonishment of the masses, the Arab forces were defeated; many Egyptian officers were disgusted by the incompetence of their superiors.