Currently subject to an Islamic republican system, Iran is characterized by many distinct historical stages and fluctuations. This country, which adheres to the system of guardianship of the jurist, played a pivotal role in the Sunni-Shiite dispute. Furthermore, Iranians played a decisive role in paving the way for an Islamic caliphate that is not dominated by the Arab component.

Persia was the place where the first empire was formed on earth. The Achaemenid dynasty ruled this Persian Empire from the sixth to the fourth centuries BC.

The early history of Iran may be divided into three phases: (1) the prehistoric period which begins with the earliest evidence of humans on the Iranian plateau (c. 100,000 BC) and ends roughly at the start of the 1st millennium BC; (2) the protohistoric period that covers approximately the first half of the 1st millennium BC; and (3) the period of the Achaemenian dynasty (6th to 4th century BC), when Iran entered the full light of written history.

With Darius III failing to defeat Alexander the Great’s army, the Achaemenid Empire collapsed. Darius III, the last Achaemenid empire, was killed by one of his soldiers in 330 BC. After the death of Alexander the Great in 323 BC, Seleucus, one of Alexander’s great generals, established the Seleucid Empire (312-64 BC). This empire spanned from the western part of Asia to India to the east. The Seleucid Empire was disintegrated by splits, revolutions, and the Roman conquest.

After decades of conflict, Rome abandoned its ambitions in the east. Augustus launched a policy of respect, after signing a peace agreement in 20 BC with Phraates IV, king of the kings of the Parthian Empire. The two states have had no other solution. They have had to comply with the agreement.

To secure settlement with the Roman Empire, Phraates sent his sons and grandchildren to Rome between 9 and 10 BC. However, he was assassinated by his youngest son, Phraates V, who ascended the throne between 2 BC and AD 4. The short reign of Orodes III (AD 4–6/7) was followed by that of Vonones I (7/8–11).

The period spanning between 12 and 162 is called the anti-Hellenism era. During this period, the original Persian culture expanded. Other foreign cultural elements were opposed. The recurring of clashes with Rome caused again the fall of The Persian Empire (162-226 AD). Rifts and divisions inside the empire facilitated the establishment of the Sassanids era.

The Sassanid Empire and the Advent of Islam

The Sassanids (226-651 CE) revived the Persian and the Zoroastrian civilizations. They made a great effort to restore the traditions of the Achaemenids. More than four centuries later, the Sassanid Empire collapsed when its last king Yazdegerd III (633–651) failed to resist the armies of the Islamic caliphate.

The last Rashidun caliph Ali bin Abi Talib was murdered in 661 CE. As a result, dispute between Sunnis and Shiites arose over the Islamic leadership. This clash has become an extremely important element in the Islamic history.

Between 661 and 750, the Umayyad Caliphate rose and all the open lands were completely subjugated to its dominance. Since then, Arabic letters have been used in Persian writing. Iranians helped in ending the Umayyad caliphate and establishing the Abbasid state in 750. Subsequently, the capital of the caliphate moved from Damascus to Baghdad. The Abbasid Caliphate (750-821) used Persians as Viziers and in many of the state’s positions. Persian traditions permeated the Abbasid governance system.

Erosion of Arab Hegemony and the Formation of Local Kingdoms

The Mongol forces of Genghis Khan invaded Persia in 1220. Persia became part of the Ilkhanate (a state that was subordinate to the Great Khan [King of the Mongols]) and was ruled by the descendants of Hulagu’s grandsons until 1404.

Tamurlane conquered the entire Persian province in 1405. He took Aleppo and Damascus and made Samarkand the capital of his empire. His conquests were characterized by cruelty, vandalism, and brutality. Nevertheless, he was interested in arts and made Samarkand an architectural masterpiece.

Under the rule of the Safavid dynasty (1501-1722), the Twelver Shi’a doctrine became the official doctrine of the state. In 1794, Muhammad Khan Qajar founded the Qajar dynasty. Mohammad Khan secured the stability of Iran after half a century of wars. In 1828, the Qajars ceded the Caucasus to Russia as a result of the second Russian-Persian war.

From the Pahlavi Dynasty to the Islamic Republic

Under the Pahlavi dynasty (1921-1979), “Iran” was adopted as the official name of the country. Iran witnessed a rapid economic growth and great prosperity that coincided with a relatively stable political climate. The country’s military strength increased and Iran gained a status at the international level.

With the deterioration of the political situation, Shah Muhammad Reza Pahlavi and his family were forced into exile in early 1979. In 1979, the Islamic opposition leader Ayatollah Khomeini returned to Iran from his nearly 15-year exile. After a popular referendum, Khomeini announced the establishment of the Islamic Republic of Iran.

In January 1980, Abolhassan Banisadr was elected as the first president of the Islamic Republic and his government began a major nationalization program. Due to border disputes, Iraq attacked the Western part of Iran in September 1980. Both countries were involved in the longest conventional war of the twentieth century. As a result, One million Iraqis and Iranians were killed in the war that lasted eight years.

Iran between Conservatives and Reformists

After the death of Ayatollah Khomeini, Ayatollah Ali Khamenei was elected a new spiritual leader of the Islamic Republic in June 1989. Ali Akbar Hashemi Rafsanjani was elected President of the Republic in the same year. America banned all types of trade with Iran in May 1995. In 1996, a law was passed by which the United States applied sanctions against any non-American company investing in Iran or Libya.

The reformist Muhammad Khatami was elected president of the republic in May 1997. Khatami promised securing the rule of law, in addition to giving a greater scope to democracy and human rights, and restoring relations with the West. This orientation created a conflict of power between two political currents. After two presidential terms for Khatami, the conservatives regained control of the parliament in 2004. The following year, Mahmoud Ahmadinejad, the conservative mayor of Tehran, was elected president. His presidency lasted for two consecutive terms. Ahmadinejad’s presidency has seen rounds of tensions with the international community over Iran’s nuclear file. The reformist movement returned to the scene with Hassan Rouhani’s presidential victory in 2013. Rouhani was re-elected in 2017.

Below are the publications by acclaimed journalists and academics concerning the history of Iran section of this country file: 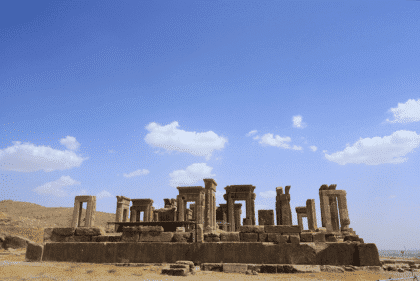 Iran is one of the world's oldest continuous civilizations, with urban settlements dating … 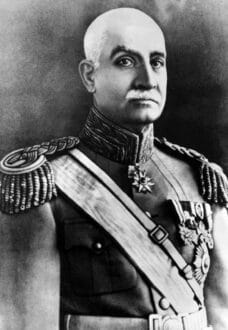 In 1921 a little-known military officer, Reza Khan, with British support, seized power in … 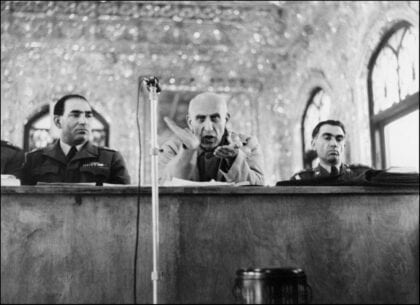 Iran, Mohammad Reza Shah and Mosaddeq and the Struggle over Control

On 16 September 1941 Mohammad Reza Shah Pahlavi assumed the throne, against a backdrop of … 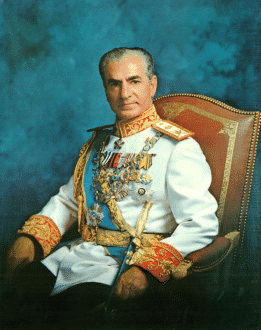 White Revolution and the Emergence of Ruhollah Khomeini

The White Revolution, a far-reaching series of reforms launched in 1963, was intended to … 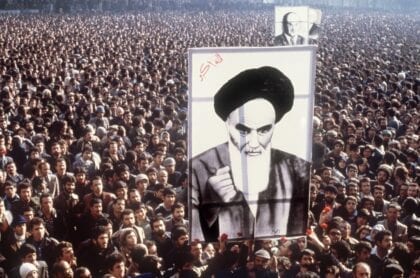 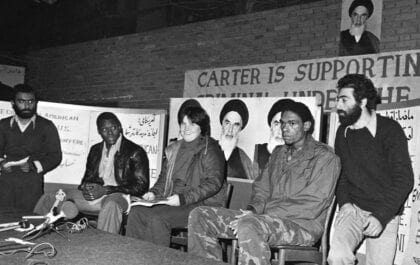 On 4 November the American Embassy was occupied by a group of revolutionary youth, … 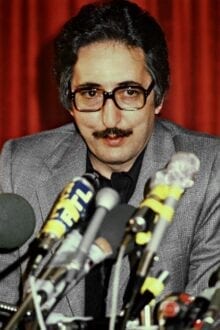 Consolidation of the Iranian Revolution

Especially during the first years of its rule, the revolutionary regime was confronted by … 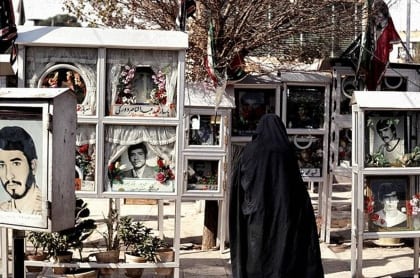 The first Gulf War, better known as the Iraq-Iran War was one of the longest and most … 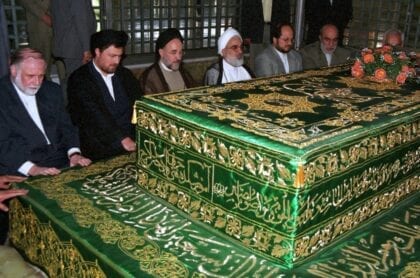 Khomeini’s Death and the Battle over Succession

The day after Khomeini's burial, the Assembly of Experts appointed Ayatollah Sayyed Ali … 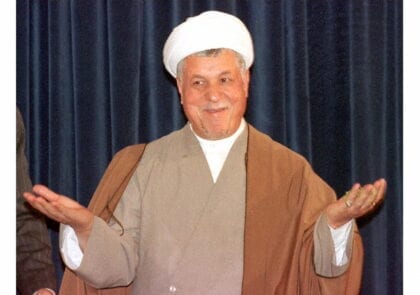 Hojatoleslam Hashemi Rafsanjani is often referred to as a pragmatic conservative, part of … 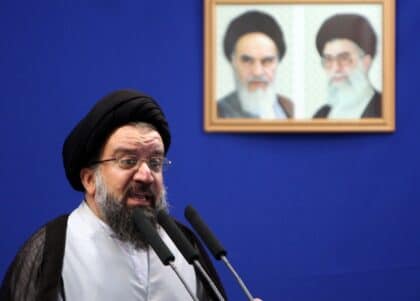 Running on a platform of liberalization and reform, Khatami won the support especially of … 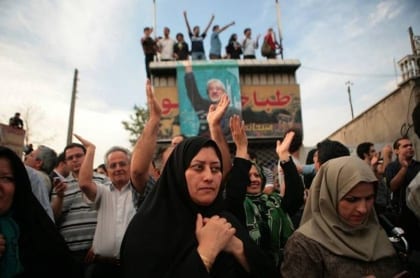 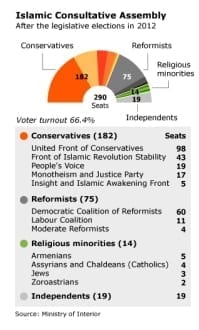 The parliamentary elections for the Ninth Islamic Consultative Assembly (or Majlis), were … 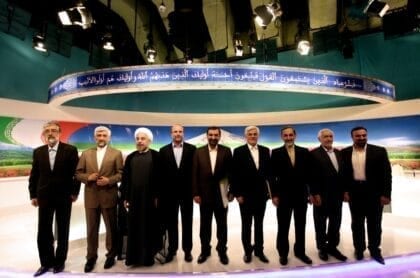 During his campaign, Rowhani promised to ease tensions with the West, allow greater press … 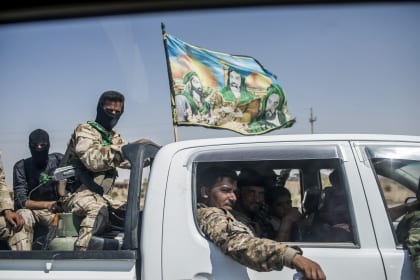 The previously unimaginable landscape, with the rise of the Islamic State (IS) in Syria … 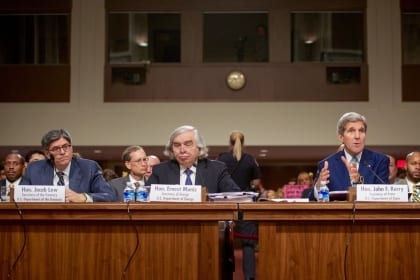 US Secretary of State John Kerry, who pushed for the deal over 20 months of gruelling …

Although all the Gulf countries officially welcomed the deal, the positions of their … 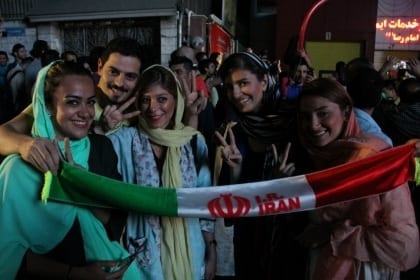 Iran Politics International Affairs Nuclear Programs
You may also like