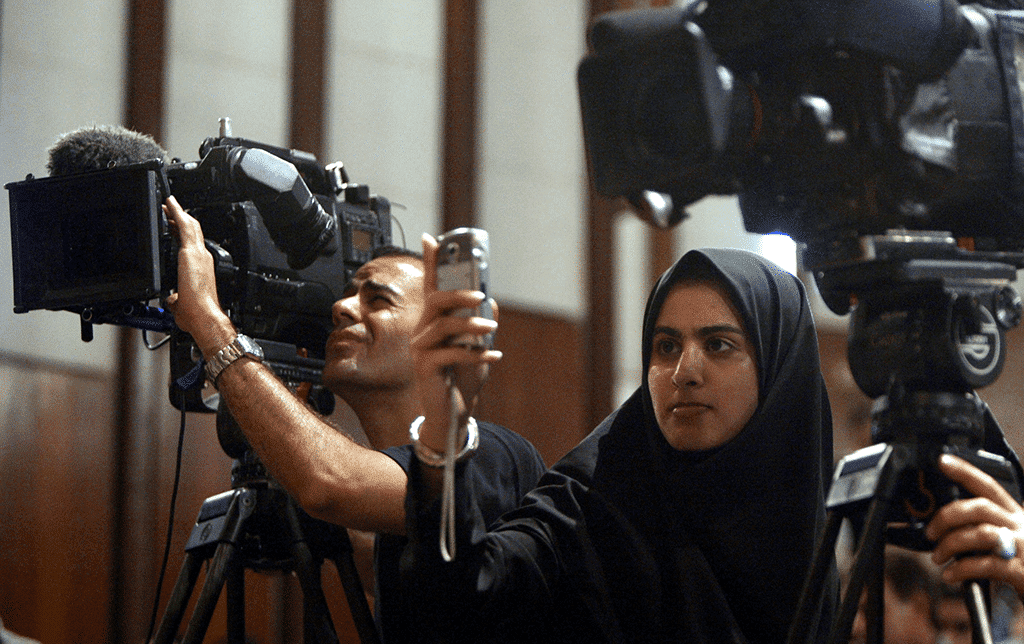 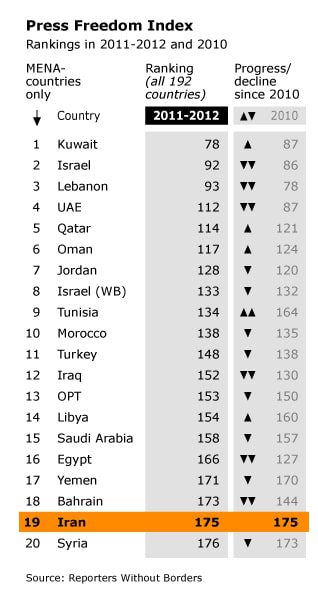 According to Reporters without Borders, Iran has the worst record of Press Freedom in the Middle East. With its rank of 166 out of 173 countries on the Press Freedom Index in 2008, only China, Vietnam, Cuba, Burma, Turkmenistan, North Korea, and Eritrea scored worse.

In the same Index in 2015 Iran was 173rd (out of 180 countries), just above Syria, Turkmenistan, North Korea, and Eritrea. After a period of relative freedom of the press during President Khatami’s first term (1998-2002), many critical newspapers have been shut down and their journalists jailed during recent years, especially since 2005.

In Iran, there are so-called ‘red lines’ of criticism, and ever-changing boundaries imposed by the authorities that dictate what Iranians can and cannot say or write. Some topics are always off limits, such as Islam, religious leaders, atheism, and the legitimacy of the state.

Many Iranian journalists have internalized these ‘red lines’ and know what not to write, but in many cases, there are no clear rules; one day journalists can write critically about the government’s performance, while the next day the same article might lead to the newspaper’s closure and/or imprisonment of the journalist.

The government periodically sends out warnings to news agencies banning various topics, such as the effect of UN sanctions on everyday life or the opinions of Iranians on the nuclear programme.

Many independent media are accused of being paid by the United States or the European Union and are targets of financial and bureaucratic harassment. Many journalists face allegations of ‘undermining national security and have been sentenced to long prison terms. 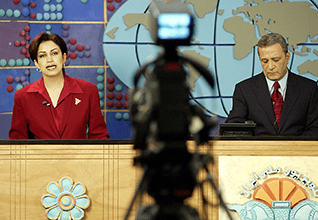 According to Reporters Without Borders, more than 50 journalists were prosecuted in 2007 alone. Most journalists are held in Tehran’s Evin Prison’s Section 209, which is controlled by the intelligence services. They are often held in solitary confinement and given only limited medical care.

Many websites are blocked in Iran, and many online journalists and bloggers have been jailed. Several techniques of Internet censorship are used in Iran, of which filtering is the most important.

Limiting the connection speed is another form of censorship, by which the authorities hope to stop the downloading of video content. The government also censors websites by blocking ports, using keywords, and blocking access to their URLs or IPs.

Filtered sites include those of news organizations, political parties, human and women’s rights organizations, personal blogs, and sites that are pornographic or address topics such as sexuality or write critically on such subjects as religion and politics.

According to a study by the Iran Civil Society Organization, the main words censored in 2005 were those related to sex and sexuality. This resulted not only in the blocking of almost all pornography sites but also in the disappearance of many ordinary sites. Using the search term ‘women’, for example, will take the user to an ‘Access is denied’ page.