Over seven decades, about 70 different Jewish communities have shaped the Israeli cultural scene. In the search for a harmonious cultural identity, to unite this wide variety of traditions and heterogeneous arts; the creative expression of the immigrant community in Israel has been able to absorb all the diverse cultural and social influences, producing the formation of a cultural template, and an Israeli self-contained creative mix, while preserving the uniqueness of each society with its cultural specificity.

The Israeli theater consists of classic and contemporary elements, experimental and traditional elements, as well as imported elements, led by a group of playwrights and writers from different backgrounds, they created a theater that merges the foreign with the local and the traditional with the contemporary.

The film industry in Israel has witnessed major developments since its emergence in the 1950s. While some Israeli cinematic experiences remained captive to the Jewish past, dealing with topics such as those related to Holocaust survivors and their children, and the troubles of new immigrants, other experiences have taken a more inclined turn to address the existing Israeli reality, such as the Arab-Israeli conflict, or different social contexts such as those that simulate the reality of insular components and other components of Israeli society.

With the return of the Hebrew language to life at the end of the 19th century, and after the recognition of the British Mandate of Palestine of Hebrew as an official language in addition to the English and Arabic languages, Hebrew literature was revived and re-established by a group of immigrant authors.

Israeli literature, in its various types and styles, had a remarkable presence during the period from the 1960s to the 1990s with the emergence of new generations of authors and readers, especially after Shmuel Yosef Agnon won the Nobel Prize for Literature in the year 1966. The 1990s also witnessed a wave of intense literary activity, which culminated with the international recognition of many Israeli writers, especially Oz, Yehoshua, Kaniuk, Aharon Appelfeld, and others.

Music was not excluded from this accelerating momentum of Hebrew culture. In the early 1980s, the new Israeli opera began to increase its production to a distinguished professional level, which led to a revival of public enthusiasm for opera. During the 1990s, the musical life in Israel underwent a major transformation, accompanied by the massive influx of many immigrant professional musicians, as well as singers and music teachers, which led to what can be described as the dynamic injection and nourishment of talent and musical vitality in educational frameworks in schools, conservatories and community centers in the country.

For more about Israel’s culture, check what Fanack has covered about this file.

During the early years of Israel’s foundation, folk activities, such as dancing and singing together, represented a very important aspect of young settlers’ lives. These so-called Sabras (the young settlers were named after the prickly cactus fruit) would organize kumzitz meetings around a fire, during which nationalistic songs were sung and jokes were told. The central characteristic was the emphasis on the connection to the land.

With the arrival of immigrants from North Africa and the rest of the Middle East, the cultural expressions became much more diverse. For a long time the Ashkenazi (European) elite did not appreciate this ‘Arab’ culture, and Jews from Morocco, Tunisia, Iraq, and Yemen, for example, were forced to abandon their traditions, which were viewed as backward. In later years, this ‘Eastern’ culture (music and ceremonies) became more popular.

Another aspect brought to Israel by Jews from Arab countries was the colourful folklore surrounding weddings and other festivities. Jews from Yemen are known for their henna ceremonies, which were once seen as a rite of passage, but today are more often used to show one’s ethnic identity. During the ceremony the bride is decorated with henna drawings and both bride and groom wear ‘traditional’ wedding garb.

The first Hebrew theatre was established in Moscow in 1917 under the name Habima (The Stage). In 1931 the home of this national theatre became Tel Aviv. Israeli theatre has many genres. As the playwrights, directors and actors have come from different places in the world, their experiences are combined on stage. Performances range from large-scale musicals, classical plays, comedy and ‘social commentary’ plays in which contemporary social issues are raised.

Other theatres in Israel are the Cameri Theatre and Beit Lessin in Tel Aviv, the Haifa Municipal Theatre and the Be’er Sheva Theatre. In Haifa the Arab Theatre produces Arab language plays. Well known playwrights in the history of Israeli theatre are Hanoch Levine, Nisim Aloni and Joshua Sobol.

The Acco Festival of Alternative Israeli Theatre is organized annually in Acre, in the north of the country. During this festival, experimental plays are shown. One of the goals is to promote co-operation between Jewish and Arabic theatre.

Palestinian-Israeli actor Mohammad Bakri, who is widely known and who has played in Habima many times, lost popularity after making the documentary film Jenin Jenin about the events during the military operation Defensive Shield in 2002 during the Second Intifada in the West Bank. The actor/director was accused of fabricating facts about the Israeli conduct during the operation and was labelled a traitor.

Israelis are fervent movie-goers and all across the country there are hundreds of cinemas, most of which show box office films from the United States, Europe and Israel. In Jerusalem and Tel Aviv there are also independent cinemas, the ‘Cinematèques’, which tend to screen low budget and international films that sometimes are slightly more critical of aspects of Israeli society.

In 2009, the Arab-Israeli film “Ajami,” set in an impoverished Arab neighborhood in Yafo, won a nomination for the Academy Award for Best Foreign Language Film. It was the first predominantly Arab-language film that Israel submitted for the award and the third year in a row that an Israeli film won an Oscar nomination.

A year earlier, Ari Folman’s animated “Waltz with Bashir” reaped international acclaim for its portrayal of the director’s experiences in the 1982 Lebanon War. Awards for the film included the Golden Globe Award for Best Foreign Language Film and an Academy Award nomination.

In the documentary field, Israeli filmmakers are also successful, especially in films featuring political and military themes, such as Five Days and Checkpoints by Yoav Shamir, the above-mentioned Jenin Jenin by Mohammad Bakri, and several films by Avi Moghrabi. Jerusalem as well as Tel Aviv have a annual documentary festival: the Jerusalem International Film Festival and DocAviv.

Towards the end of the 19th century the Hebrew language that had been abandoned for many centuries, was brought back to life. With the Zionist desire to establish a new Jewish state, a new language was necessary. The main figure in the revival of Hebrew was Eliezer Ben-Yehuda, who migrated to Palestine in 1881. He invented thousands of new Hebrew words and created the modern Hebrew language which is spoken in Israel today. His son is known as the first person to be a native Hebrew speaker.

In the early periods of Jewish settlement, many great writers and thinkers from Eastern Europe settled in what was then Palestine, such as Yosef Haim Brenner and Shmuel Josef Agnon. The latter was Israel’s first winner of the Nobel Prize in Literature. They are perceived as the fathers of Hebrew literature.

The works of Israeli writers such as Meir Shalev, David Grossman and Amos Oz have been translated all over the world. Israel can be considered a country with a rich literary tradition. Another influential writer was A.B. Yehoshua. Most of these authors are known for addressing political issues, identifying with leftist ideas.

A younger generation of writers has emerged including Edgar Keret and Sayed Kashua. These writers show their own views on contemporary Israeli society in mostly short stories. Major Hebrew poets are Hayim Nahman Bialik and Saul Tsernichowsky, both of whom came to Palestine from Eastern Europe. They wrote about the plight of the Jews in Eastern Europe.

Later poets, such as Avraham Shlonsky, Nathan Alterman and Uri Greenberg began writing about the land of Israel and the foundation of the state. The first female poet was Rachel Bluwstein, better known as Rahel. Israel’s major literary fair is the Jerusalem International Book Fair. During this fair the prestigious Jerusalem Prize for the Freedom of the Individual in Society is awarded.

Many different styles of music are performed in Israel. Every group of immigrants brought with them their own style of music. Today, the most popular music that can be heard on the radio is Israeli pop music, which can be European-style or Eastern, and international pop music. There are a great number of singer-songwriters. A famous Israeli singer was the late Ofra Haza, a singer of Yemeni origin and a legend in Israel, who died of AIDS in 2000.

The Israel Philharmonic Orchestra was founded in 1936. Today, many of its members are musicians from the former Soviet Union. It performs within Israel for the general public, but in some cases also especially for soldiers.

In the early days of Jewish settlement in Palestine, youngsters would gather for folk dancing. These dances came with the early immigrants from Eastern Europe. The most famous of these dances of this genre is the hora. Today this type of dancing is also known abroad as ‘Israeli folk dancing’. The leading and internationally acclaimed contemporary dance company is the Batsheva Dance Company, set up in 1964. This company performs all over the world. The oldest Israeli dance company is the Inbal Dance Theater, which was founded in 1949. 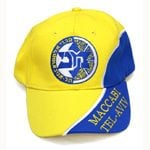 The most popular sport in Israel is soccer. This, however, does not mean that Israel’s teams are very successful internationally. As it cannot compete with neighbouring countries due to boycotts and strained relationships, the national football team is allowed to participate in the European Football Championship. In 2004 and in 2008 it did not qualify. In October 2020, Israeli’s national football team ranked 88 in FIFA’s world ranking table. Basketball is the second most popular sport in Israel and the country has been quite successful in the international basketball leagues. The most successful team is Maccabi Tel Aviv, which won the European Championship five times, the last time in 2004-2005.