The earliest archaeological discoveries recorded in what is known as the historic Palestine date between 7500 and 3100 BC in Jabal Al-Qafra at the south of Nazareth and Safh Al-raml near Tiberias. The discoveries confirmed that the region witnessed a kind of simple life. The most important thing in that era was the establishment of Jericho, which is considered the oldest town in history.

The migration of the Canaanites was the first important human migration to historical Palestine at the beginning of the third millennium BC. At that time, the region has had three languages: Canaanite, Aramaic, and Arabic. The region bore the name of the land of Canaan until the arrival of the Cretan tribes in 1200 BC.

This land witnessed a series of invasions carried out by the Cretan tribes that settled on the coasts of Jaffa and Gaza. The land was named Palestine after the name of the invading Cretan tribe that merged with the Canaanites.

Jacob and his children left for Egypt, and his son Joseph was responsible for its treasury. Israelites settled in Egypt and their number there increased. As the Israelites began to be persecuted during the reign of Ramses II, Moses decided to take them to the land of Canaan. Israelites stayed in the desert for forty years before entering Palestine. David was able to establish a kingdom for the Israelites in Jerusalem after the victory over Goliath.

David reigned and succeeded in uniting the Israelites, in addition to eliminating their disagreements and internal wars. David was able to defeat the Jebusites and establish the Kingdom of Israel with Jerusalem as its capital.

After the death of Solomon, the son of David, in 935 BC, the kingdom was divided into Judah in Jerusalem and the Kingdom of Israel in Samaria.

The Demise of Jewish kingdoms

In 920 BC, King of Egypt Shoshenq, conquered the Kingdom of Judah. In 721 BC, Assyrians attacked and conquered both kingdoms, imposing a tax on them. The Kingdom of Israel tried to revolt. However, Assyrians suppressed the revolt and took most of the population captive to Iraq.

Nebuchadnezzar the Chaldean launched an attack on Palestine in 597 BC, seizing Jerusalem, the capital of Judah. He took the king of Judah, his family, and most of its leaders as captives to Iraq. Moreover, he appointed a new king in Jerusalem. In 586 BC, Nebuchadnezzar reconquered Judah.

Due to the invasions of Assyrians and Chaldeans, the Jews’ state disappeared in Palestine after its continuation of four centuries (1000 – 586 BC). This era was riddled with disputes, wars, and turmoil.

Persians invaded Palestine in 539 BC and their dominance continued for two centuries. During their reign, the remnants of the Judah tribe returned to Jerusalem from Babylon.

The Romans conquered Palestine and made it a Roman province. During that era, Palestine witnessed the birth of Jesus Christ, the son of Mary. The last attempt to establish a Jewish state in Palestine was in 135 CE when one of the Jewish rabbis led a rebellion. However, the Roman ruler Hadrian attacked them and occupied the Jewish area in Jerusalem, and destroyed it. In that place, he built a new city that the Jews were forbidden to enter. After that incident, Jews did not attempt to provoke any unrest until the middle of the twentieth century when the State of Israel has been founded.

Islam entered historic Palestine in the middle of the seventh century. The region ruled by the Umayyads, the Abbasids, the Crusaders, the Ottomans, and the British Mandate in 1917. The mandate continued until May 1948, the date of the declaration of the establishment of the State of Israel “the Nakba of Palestine” in accordance with the United Nations partition resolution No.181 issued in November 1947.

When Israel secured its first victory on Arabs in 1948, the Israelis were able to establish the bases of their state. The first legislative elections were held in January 1949, and David Ben Gurion’s party won the majority of seats. In May of the same year, the United Nations General Assembly adopted Resolution No. 273, by which Israel was admitted as a member.

Ben Gurion served as prime minister until 1963. In his reign many events took place – his reign was only interrupted by Moshe Sharett (1954-1955). Among the most important events are declaring Jerusalem as the capital of Israel in December 1949; granting all Jews the right to return to Israel, settle there, and obtain its citizenship in July 1950; and participating in the tripartite aggression against Egypt in 1956.

With Levi Eshkol as prime minister (1963-1969), the martial law imposed on the Palestinians of Israel since the founding of the state was lifted. After the June 1967 war, Israel occupied the Gaza Strip, the West Bank, East Jerusalem, the Sinai Peninsula, and the Golan Heights.
During Golda Meir’s presidency of the Israeli government (1969-1974), Egyptian and Syrian forces attacked Israeli positions in Sinai and Golan during the Yom Kippur / October War 1973.

The first term of Yitzhak Rabin as a prime minister (1974-1977) witnessed the release of hundreds of hostages held at Entebbe airport by kidnappers belonging to the Popular Front for the Liberation of Palestine in July 1976. The Menachem Begin phase (1977-1983) witnessed the signing of the peace treaty between Egypt and Israel in March 1979 and the invasion of Lebanon in June 1982.

With Shimon Peres holding the position of the prime minister (1984-1986), about 7,000 Ethiopian Jews were for the first time secretly evacuated to Israel from the refugee camps in Sudan. When Yitzhak Shamir was a prime minister (1986-1992), the first intifada broke out in December 1987 and the Madrid conference was held in October 1991. With Rabin taking over his second presidency of the government (1992-1995), Israel and the Palestinian Liberation Organization signed the Oslo I accord in September 1993. In addition, a peace treaty was signed with Jordan.

After that, the country witnessed the war against Lebanon and three other wars against Gaza. Furthermore, the United States announced its formal recognition of Jerusalem as the capital of Israel and sovereignty over the Golan Heights in December 2017 and March 2019, respectively.

Below are the publications by acclaimed journalists and academics concerning the history of Israel section of this country file: 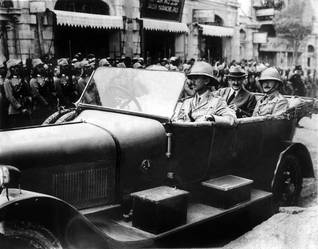 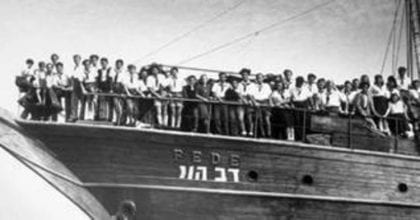 Palestine: The Way to Partition

Meanwhile, the British resolve to remain in Palestine faded. The war had exhausted the … 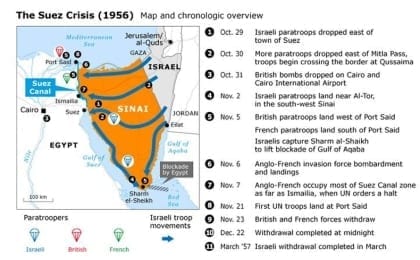 On October 29, Israeli paratroopers dropped east of Suez at the southern entrance of the … 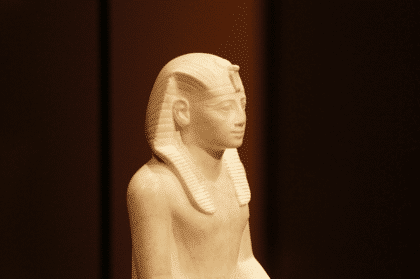 An overview of the ancient history of Israel, including a description of the Egyptian rule … 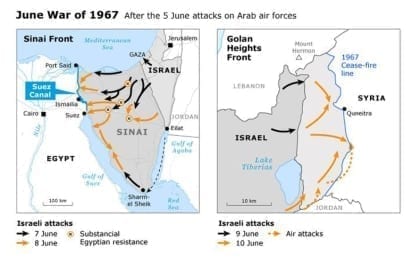 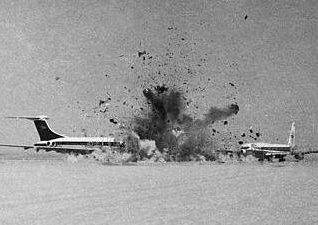 A Palestinian armed group took its name from the September war in 1970: Black September. … 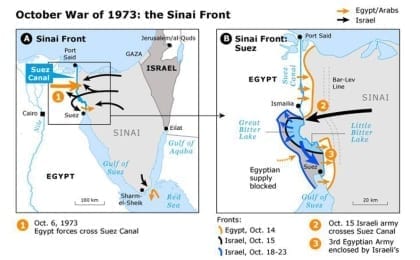 In 1970s, the Arab-Israeli conflict became more and more intertwined with the Cold War. … 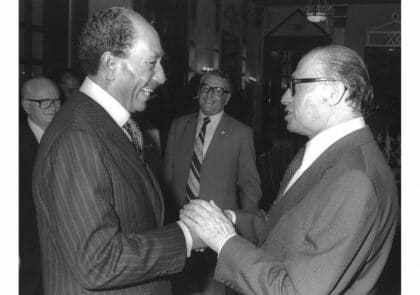 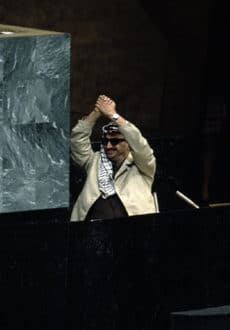 Recognition of the PLO 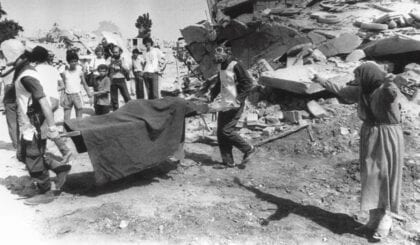 Israel and PLO in Lebanon

After its forced withdrawal from Jordan in 1970, the Palestinian Liberation Organization … 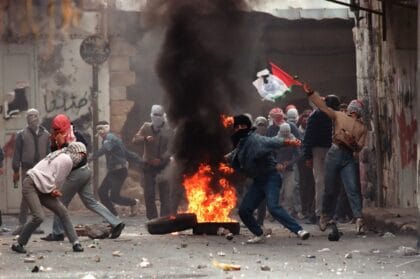 The tactics of the Intifada were multiple: organized labour strikes, shop closures, … 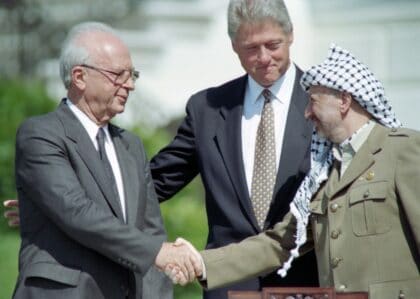 For Jordan, the Oslo Process had removed the last obstacle to striking a peace deal with … 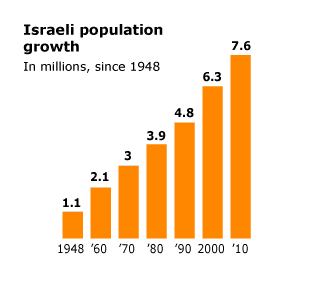 Israel: The Assassination of Rabin in 1995

On 4 November 1995, Israel was shocked by the assassination of Prime Minister Yitzhak … 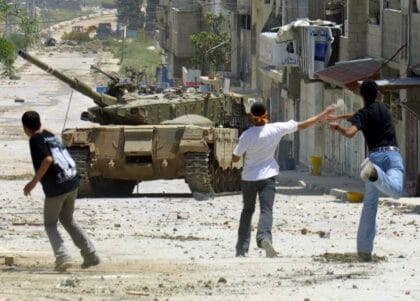 The second intifada, also known as the Aqsa Intifada, erupted after a provocative visit … 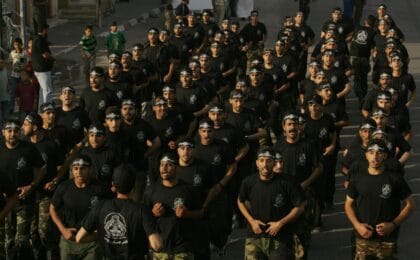 Immediately after Hamas' seizure of power, Israel imposed a blockade of the Gaza Strip. No … 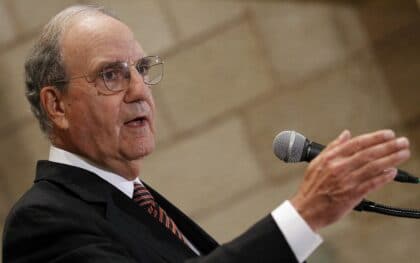