Israel: The Assassination of Rabin in 1995

Political developments within Israel played a significant role in the progress of the negotiations between Israelis and Palestinians. From the foundation of the State of Israel, the Labour Party (formerly Mapai) had been the leading political formation, which formed coalition after coalition with one or several, mostly religious-oriented parties. The Labour Party’s prominent position lasted without interruption for almost thirty years. In the elections of June 1977, however, the Likud Party took over from Labour and formed a right-wing government under Prime Minister Menachem Begin. This cabinet also needed the support of religious parties. In Israel, this change almost felt like ‘a revolution’. In the next 23 years, until 2010, right-wing governments prevailed for fifteen years, Labour-led coalitions for eight years. 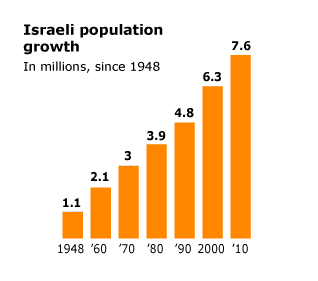 But amidst all these optimistic signs, on 4 November 1995, Israel was shocked by the assassination of Prime Minister Yitzhak Rabin by an extremist right-wing Jewish youth, Yigal Amir, after attending a mass demonstration in Tel Aviv in support of the Oslo Process. Rabin’s successor Shimon Peres promised to continue the Israeli redeployment on the West Bank. In hindsight, however, it has to be concluded that the process has since stalled.

Israel Palestine Politics Palestinian-Israeli Conflict
You may also like