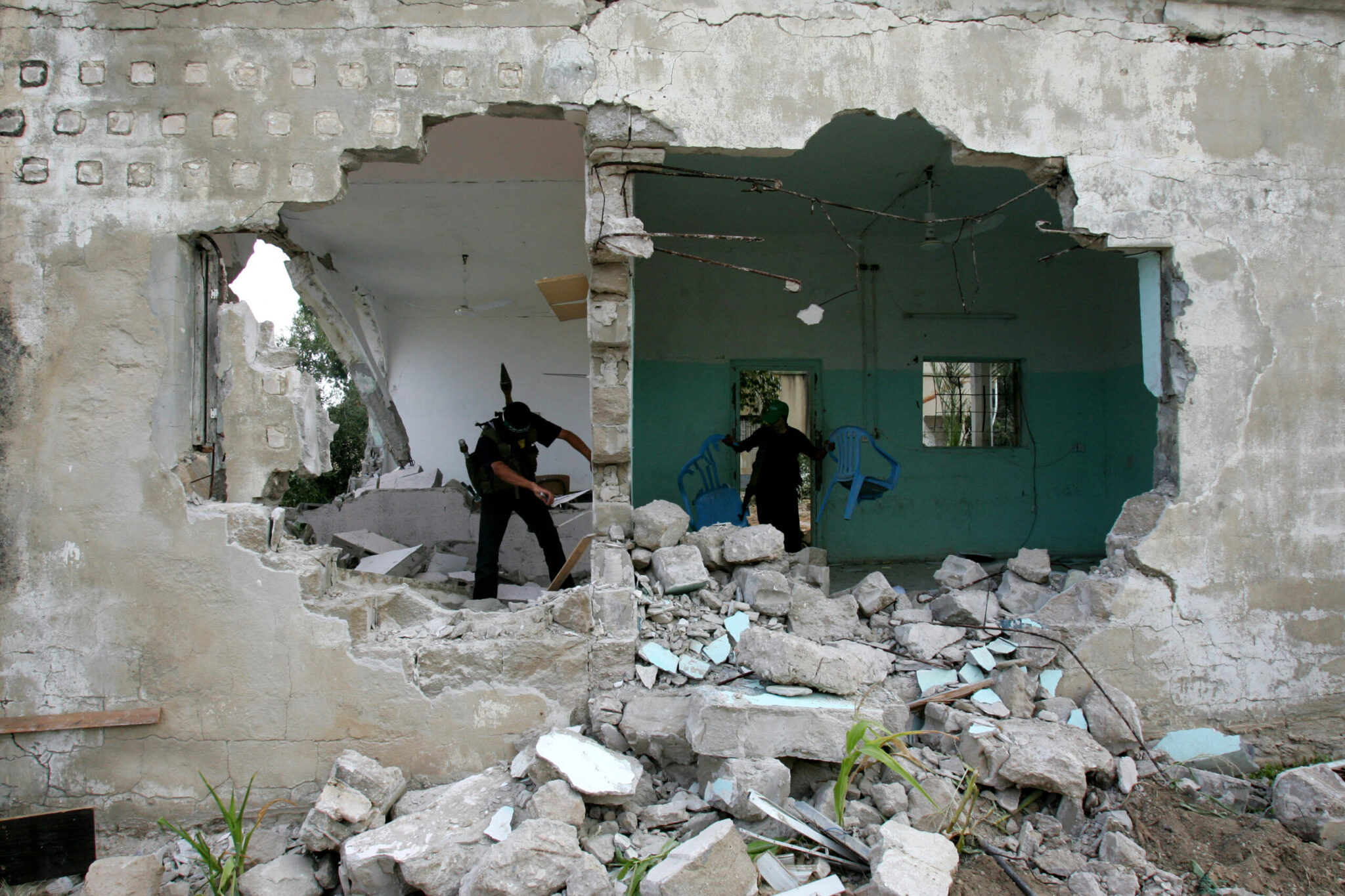 Hamas fighters search through the rubble of a destroyed security apparatus building in the al-Bureij refugee camp in the center of the Gaza strip, following an Israeli incursion 06 July 2007.  (Photo by MOHAMMED ABED / AFP)

The Israeli campaign against the rocket attacks from Gaza seemed to be a turning point for the two factions of Palestinian political life.

Before Israel’s 8 July 2014 military offensive “Protective Edge” in the Gaza Strip, Gaza’s Hamas rulers were facing the worst crisis since the taking control of the territory seven years ago: the 50,000 civil servants of the disbanded Gaza government had not been paid their salaries for several months; the new unity government run by the Palestinian National Authority (PNA) was unable to pay the monthly salaries of Hamas staff in the PNA-operated banks in the Gaza Strip, after being threatened by the Israeli government with halting the transfer of taxes to the newly sworn-in unity government; obstacles to reconciliation remained in place; and a poll, published by the Ramallah-based Palestinian Center for Policy and Survey, showed a sharp decline in Palestinians’ support for the de facto Hamas government, due to its inability since 2007 to provide minimal services in the Gaza Strip.

The Israeli offensive, which ended on 26 August, has, however, changed the situation markedly. Palestinian support for Hamas has increased. People stand with Hamas, which prompted the Palestinian leadership of President Abbas and the Palestinian Liberation Organization (PLO) to express their support for the resistance in Gaza and back its truce demands, including lifting the blockade in all its forms, freeing all Palestinian prisoners re-arrested after their release in the Gilad Shalit exchange deal, and expanding the waters accessible for ​​fishing and removing the no-go zones.

Read more in our Special on Arab-Israeli Wars.

Israel Palestine Palestinian-Israeli Conflict Politics
You may also like