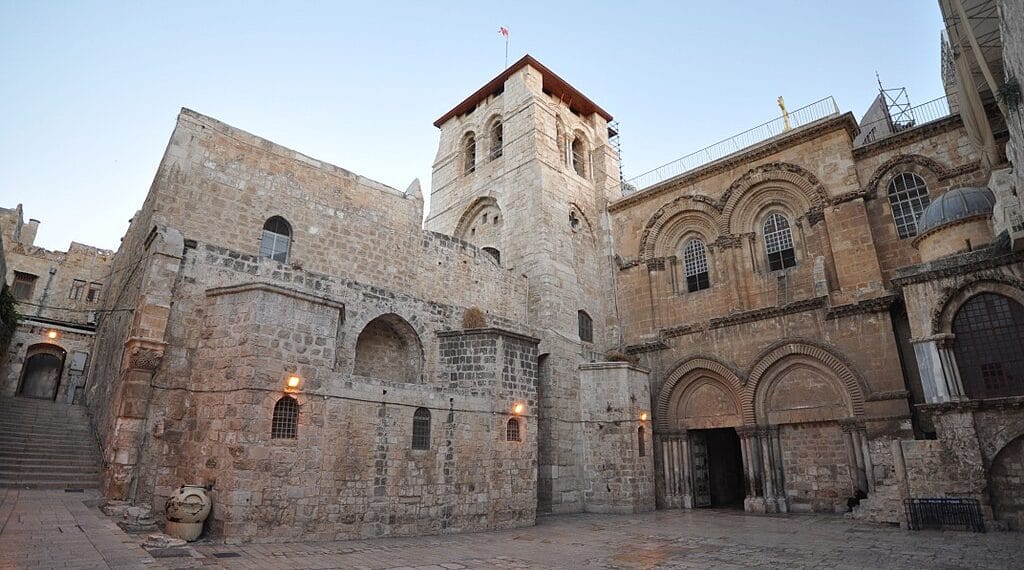 The most important Christian feast day is not Christmas (the birth of Jesus of Nazareth, elaborately celebrated on Christmas Eve in the Church of the Nativity in Bethlehem), but Easter (Jesus’ resurrection) and the run-up to it: Easter week. This starts on Palm Sunday (Jesus’ entry into Jerusalem), when a large procession proceeds from nearby Bethphage (the House of Figs, on the Mount of Olives) to the Church of St. Anne in the Old City of Jerusalem. On Thursday, the ceremony of the washing of feet takes place in churches in Palestine. On Good Friday, worshippers from home and abroad gather in Jerusalem in order to retrace Jesus of Nazareth’s steps along the Via Dolorosa in the Old City of Jerusalem to Calvary (Golgotha) (the Way of the Cross), where the Church of the Holy Sepulchre was later built. This is followed by Holy Saturday, Sabt al-Nur (Saturday of Light). In Palestinian cities with a large Christian population, exuberant and highly emotional processions take place, accompanied by drum bands, in which both groups of both Christian and Muslims youths participate. These are great spectacles, drawing large crowds. At the same time, many thousands of worshippers gather in and around the Church of the Holy Sepulchre in Jerusalem. There, they await the moment when the Greek Orthodox patriarch, meditating in seclusion, mysteriously receives the Holy Fire in the tomb chamber at noon. With candles, the fire is subsequently spread among the worshippers present and then hastily brought to the various Christian communities elsewhere in Palestine by means of lanterns. There, the fire is spread among the Christian believers, who keep a candle burning throughout the whole year in their homes, sometimes in front of an image of the Virgin Mary. The following day is Easter Sunday. Even Christians who barely practice go to church on that day. After a copious meal, the rest of the day is spent receiving or visiting family and friends. Before Easter week gets underway, the women spend many hours preparing special biscuits filled with crushed walnuts and dates (maamoul), symbolizing the Holy Sponge (al-Isfanj al-Muqaddas) and the Crown of Thorns of Jesus’ crucifixion.